Music of the Andes

We are the group, InkaMarka, based in Melbourne, Australia, who plays music from South America.

Music of the Andes. A very exciting group that plays music from South America. Andean music is traditional music from Bolivia, Peru, Ecuador and Chili. They combine the haunting melodies of the Panflute and Quena (bamboo flute) with rich sounds of the guitar and Charango (small ten string instrument). Inka Marka play traditional and contemporary music.

Andean music is traditional music from Bolivia, Peru, and Ecuador

Our energetic performances include traditional and contempory music from this region.

InkaMarka  combine the haunting melodies of the Panflute and Quena with the rich string sounds of the Guitar, Charango and Violin.

Performances are well received by audiences of all ages. The music includes strong lively songs, to slow, ethereal and mystical melodies of the Inka nation, of times past and almost forgotten.

Inkamarka have played throughout Australia, Japan, the Pacific region, Africa and the Americas and would now like to bring their unique blend of South American music to you.

When Jose' Diaz Rodriguez arrived in Sydney from Bolivia almost a decade ago, he felt it was imperative he keep in touch with his deep cultural roots; and together with his Brother in law Orlando Arias and Michel Bestrin, Inka Marka was born, they began performing weekends and for local community events.

It wasn't long before they noticed Australians really appreciated this type of music, so deciding to take the plunge a full time band was formed, dedicated to performing the passionate music and colorful ethnic dances of the Andes.

From humble beginnings and with only 3 members, Inka Marka has gradually grown over the years into a tight professional unit of 6 full time band members; moving base to Melbourne, gaining a manager, a record company and developing a wide ranging program of educational and cultural activities.

Though each of the band members have had long individual careers as performers and entertainers in their own right, both within Australia and overseas; together they combine to form a dedicated group committed to bringing their love of traditional Andean music to Australia and the World as well as embracing the 'contemporary' music of the region.

Inka Marka have been proud to be involved with many different concerts, festivals and special events over the years, here's just a small cross section of those performances.

Inka Markaperform live consistently 300+ days a year, having done so for almost the last decade,making them one of Melbourne's hardest working bands.

Having recorded more than seven albums in 12 years,appeared in several documentaries about MultiCultural Australians, Touring the International Festival circuit , and developing our Melbourne tourist attraction status,has kept them more than busy.

Inka Marka is fortunate enough to perform, at the invitation of many Diplomatic, Governmental, Trade and Cultural events, both here and Internationally, we are proud to forward the agenda of a multi cultural Australia and our Andean heritage where and whenever we have the opportunity.

Mostly, we love to play music with/for our many friends around the world.

These are the types of performances Inka Marka are offering :

Concert Inka Marka offers the opportunity to experience the authentic flavor of the Andes. With five extremely talented musicians who each play a variety of instruments, ( sometimes all at the same time) they take you to the mystical mountains of Bolivia Peru and Ecuador, on the soaring wings of the Condor. With traditional instruments they combine various other more contemporary ones to bring you their own inimitable style which fuses the past with the present.Inka Marka have performed at International World Music and Folk Music events in Malaysia, Singapore, Brunei, New Caledonia ,South Africam, Vanuatua, New Zealand, Thailand, and Australia.

Themed PerformancesInka Marka can provide the authentic Andean experience. With a fully costumed and choreographed performance, including traditional Andean dancers. From Lively war dances to swaying sensual ritualistic melodies to dance the passing of the spirit, Auki Auki. Ideal for cultural events and workshops.

CabaretInka Marka perform traditional and contemporary music of Latin America in an intimate setting. Performing musical standards from all over Latin America, including Colombia, Cuba , Mexico and of course the Andes. Playing lively dance music from all of these regions. Their excellent musicianship combines with their stage presence to give you a world class act.

Workshops Inka Marka can provide intimate workshops where they explain the rhythms and styles of the traditional andean music. From Lively war dances and the traditional use of samponas and bombos, to the reason as to why the charango came into being, plus many strange and interesting tales from the Andes. With specialized workshops for school children, are structured, the group is education department accredited, with our manager Linda being a qualified Music teacher. With our own Quechua shaman in the group, the tales are never dull !

Kids Festival All of the above, but pitched at a much younger audience. Inka Marka has extensive experience working with children. regularly performing in schools around Australia and Asia. They incorporate an informative a fun experience for children of all ages 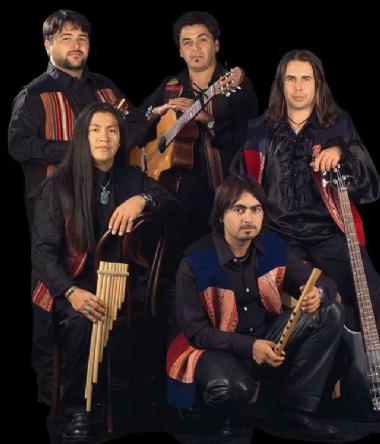