Jugularity has been entertaining audiences nationally and internationally for over 25 years. They combine brilliant musicianship with wonderful humour. Jugularity are the quintessential entertainers. Witness upbeat, irreverent, eclectic versions of folk, blues, rap, country and gypsy music. Jugularity is band for all times and all ages.

“Jugularity must be recognised as the best ingredient for an Australian event of any kind. They were brilliant” (Cygnet Folk Festival, Tas).

“They came, we saw, they conquered! Jugs were fantastic. Everything they did was magic”(Wellington Folk Festival, NZ).

Client is to provide refreshments, a private and secure change room (toilets not acceptable) and parking close to venue for artists 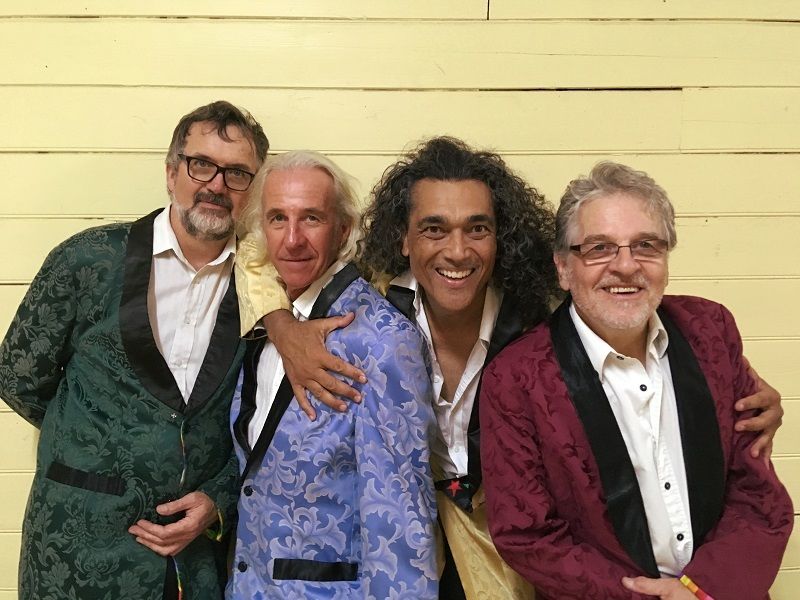