ARE YOU AFTER SOMETHING DIFFERENT, SOMETHING SPECIAL? 'MARCELLO' the Mime: A wonderful mix of traditional and contemporary mime expressing the art of silent performing. Who can resist the joy and humour of the artist with such unique facial expressions and movements. He performs a wonderful mix of Mime, Magic and Balloons. Great for a Show or Roving entertainment. Marcello the Mime has entertained al over Australia with a combination of Classical and Contemporary Mime A high quality silent performer when roving using a mixture of magic, Silent Comedy and the famous Kazoo. Also the still poses and facial expressions get everyone laughing and entertained Sometimes you will find Marcello roving around with his balloon dog on a lead Marcello is a winner with all ages and is a favourite with ladies.

* MIME: Mime, a traditional performing art has entertained crowds throughout history. Marcello uses his great skills to perform the traditional or contemporary mime. A visually exciting and fun performance. Marcello is able to create laughter and mayhem with his Mime, Mimicry and Silent Comedy.

* MAGIC:.. Marcello has a range of magic from the which is performed with great visual delight. When roving there is usually simple and comical magic performed that appeals to everyone.

* BALLOONOLOGY: As the kids just have to have a balloon animal, Marcello does some balloonery in his all round roving performance. These balloons are made to give away or are a part of the comical routine. So the next time you are wanting to have some different type of entertainment that breaks you away from the others, then call for a unique, entertaining, and funny performer. 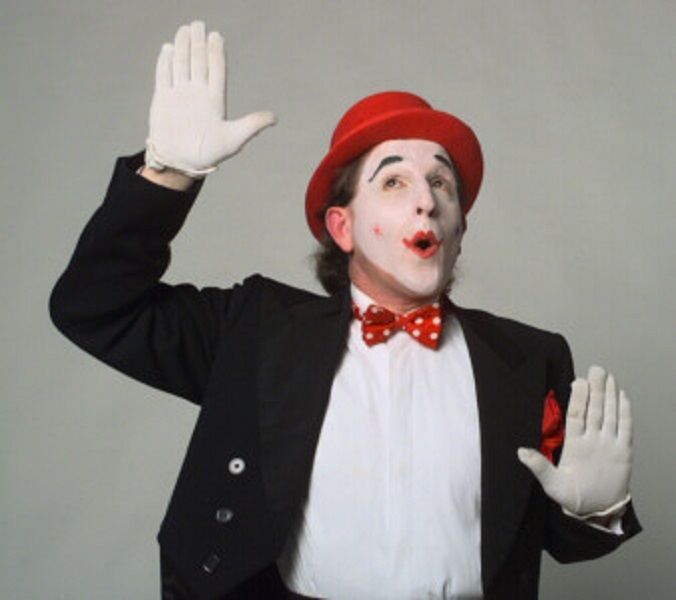