Xai is a professional non-traditional and theatrical bellydancer, better known for her unique hybrid dance style throughout Melbourne. Originally trained as a belly dancer at the well known Azura's Oasis in Melbourne, Xai later found a passion for hip hop influenced dance and is now known to mashup her traditional bellydancing techniques with new era dance moves, creating the most entertaining visual work of performing art.

She may begin with RnB, Dub Step, Beyonce, or any other Western Pop sounds, but will always leave you in AWE with her trembling and electrifying bellydancing moves to authentic Middle Eastern sounds.

Xai has an extensive list of bellydancing and hip hop performances from Corporate events to TV to Music Videos to Music Festivals. These include residencies at bars and nightclubs throughout Victoria, hip hop music videos, Meredith Music Festival and Sydney Rd. Music Festival are just two on the long list of festivals that she has performed at, and most recently she has had the priviledge to work alongside celebrity artist coach Nick Cooper in LA for her own solo music debut and music video which can be viewed on her video channel at youtube.com/xaizilla (Write It On A Wall, MegaFlex n AKiddo Remix)

Xai has also taught her non-traditional bellydancing style throughout Melbourne for over 10 years, including at studios Dance Dynamics, Monash University Health & Fitness and Genesis just to name a few, plus private tuition. 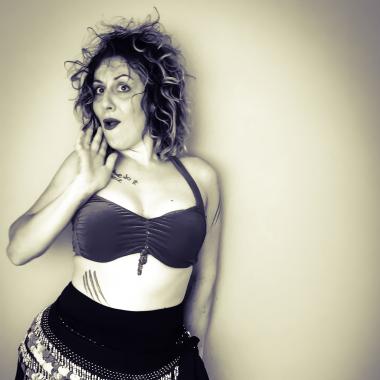