Request a Quote
Oliver Pineda & Luda Kroitor are the current "World Salsa Champions" after dancing up a storm and winning the title in Las Vegas just before Christmas. This title is extremely huge in the Latin American world because our very own Aussie dancers have come winners in an event that had a strong presence from the major dancing forces in the world including Cuba, Puerto Rico, USA, Colombia, Japan, Argentina, etc and besides this is the first time in history that an event of this calibre has been won by a local Australian dance couple.

Salsa, meaning ‘sauce’ refers to the hot sauce commonly used in various Latin American diets. An awesome way of meeting people, Salsa is also known for it’s fun and easy to learn approach, accessibility to people of all ages and great social aspect that comes with it. Salsa is one of the most popular dance styles today. Salsa is a great way to keep fit and feel alive with millions of people joining in world wide.

Salsa is also danced universally and is extremely multicultural. You can find salsa in places like America, Africa, New Zealand, all over Europe and Asia. There is even a unique style and new brand form created by Oliver Pineda called 'Aussie Style Salsa'

Oliver Pineda is a professional dancer and choreographer. He has performed in just about every major festival in the Australasian region. He is originally from Chile but today he is as proud as a chook being a true blue fair dinkum Aussie and for having the opportunity to represent the nation in such a unique life time opportunity.
His partner Luda is originally from Russia and she is no stranger to the international stage after touring the United States with the musical show 'Burn The Floor' and featuring in a NSW Tourism TVC campaign. Some of you may also recognize her from having seen her being a part of Channel 7's tv series 'Dancing With The Stars' last year in 2005.
It is also important to mention that both Luda & Oliver have won various local dance competitions over the years, however, their first taste of world wide phenomena came in 2001 when they won the IDO World Salsa Championship. It was the first time Australia was represented at the world championships, and every judge gave them a first place.
Dancing is the ultimate feeling and for both Oliver and Luda, it truly remains as the biggest passion in their lives after their families that they love so much. They both are extremely thankful for the support provided by their parents, the constant love from friends and appreciation from fans. 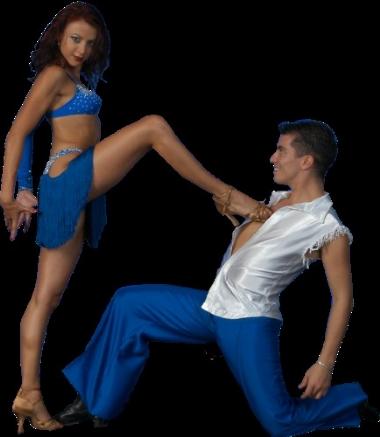