Breathtaking is the word of International Entertainers Gavin Skinner & Lydia Lim. Featuring a world-class background since 1996 in Championship DanceSport, Gavin & Lydia exploded onto the American theatre scene in 2000.

A passion for creativity led them to Europe in 2004, where they developed what is known today as Soul Mystique…’the world’s most unique magical dance act’. Presenting the ancient Russian Art of ‘Quick Change’ coupled with show stopping DanceSport, they have captivated and flabbergasted audiences all over the globe from Australia, Asia, USA, UK, to Europe.

Recent appearances include performances on CNN (UK television), London’s West End, and on some of the world’s largest ocean liners such as the famous Queen Mary 2. 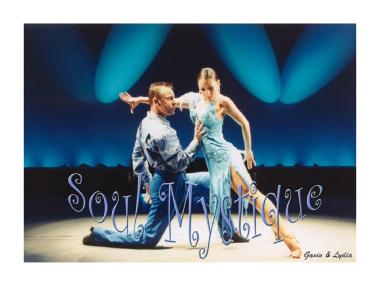