Paris born Céd Le Mélédo is a gifted musician and vocalist. His talent and dedication to his craft have made him a highly regarded entertainer and well-known ambassador of European culture in Australia for 25 years

He combines romantic and joyous singing with Spanish guitar and accordion. He sings in French, Spanish, Italian and English.

He has written movie scores, appeared on television and radio and presented his unique show to school programs and European cultural events.

He has recorded many albums and the French / Folk / Celtic band Bric A Brac that he is fronting as lead singer and guitarist has been touring around the country singing their joyful or intimate wide world music repertoire at festivals and wineries for many years.

Because of his quick-witted nature and sense of improvisation Ced feels as comfortable serenading around tables as performing on stage.

Television credits:
He has performed at every Major Festival in Victoria and performed the theme song of the Australian movie “MUGGERS” presented at Cannes festival 1999.
“Ced proved himself an exciting new-comer with charm and energy”
Andrew Scott, Herald Sun
“This guy can sure sing”
The Beat
“ He’s got the means to go all the way – In his guitar and in his voice
Courrier Australien 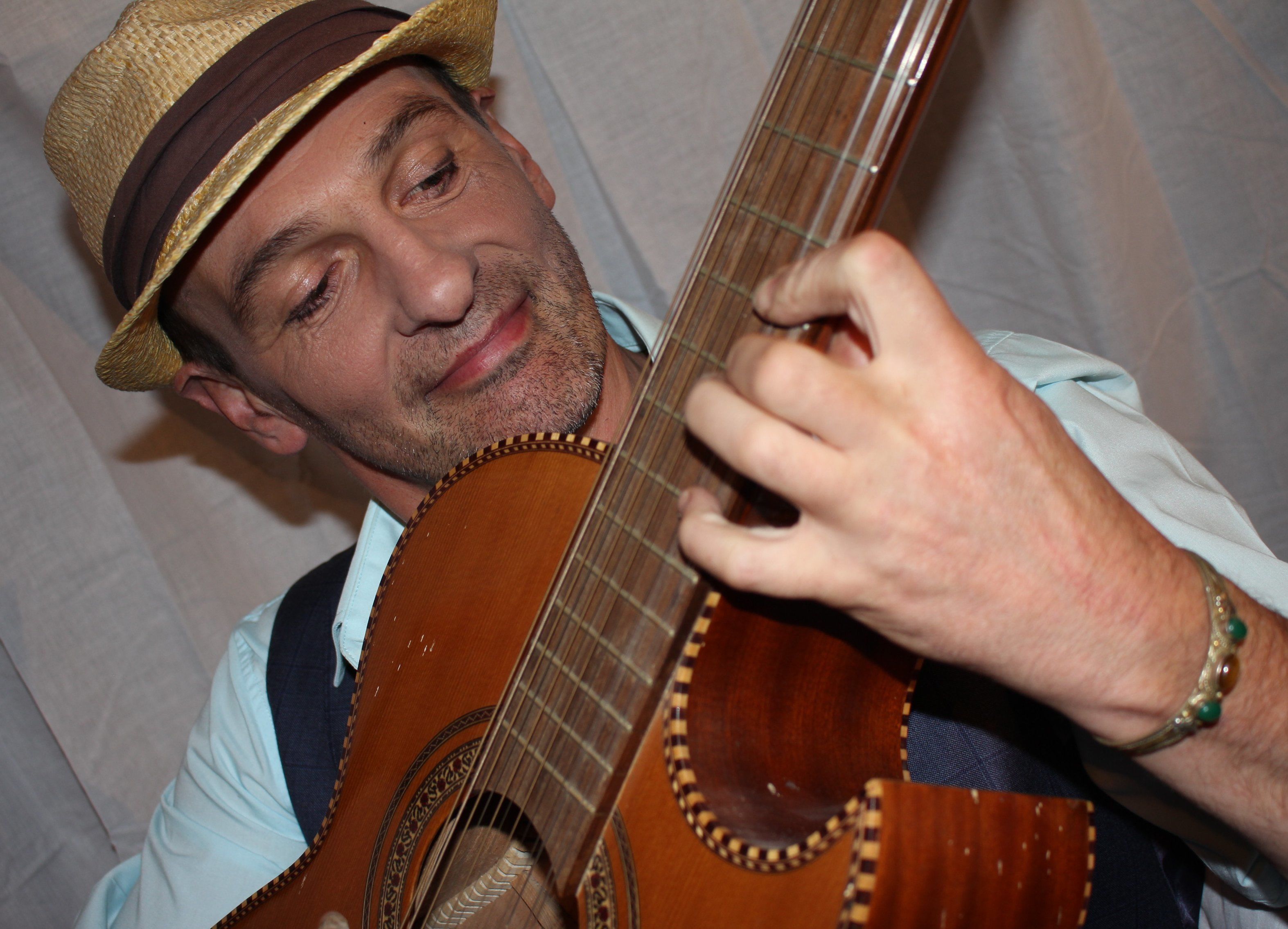