"LadyNerd is a shining example of cabaret done right... Keira Daley is one of the
most exciting, versatile actors in the music theatre scene..." – "Keira Daley is a terrific talent, and her short, pacy show is full of warmth, quirky wit
and terrific singing. At the piano, Mark Chamberlain adds his touch with sparkling, delightfully nuanced accompaniment... You'll leave this accomplished, entertaining
piece of cabaret at its best, with the broadest of smiles on your dial" – Stage Whispers

"A beautifully crafted gem of cabaret... This lovingly structured show will delight you...
Five stars. Don’t miss it" – Gagging For It Oz Comedy News

"Daley shows herself to be as exceptional a writer as performer... Mark Chamberlain’s
a whizzkid, to boot" – Crikey Curtain Call

Indulge your inner (or not-so-inner) nerd with the award-winning smash hit of 2011 Sydney Fringe, LadyNerd – Keira Daley's funny, fact-packed cabaret tribute to some of history's greatest minds, from Marie Curie to Ada Lovelace… via that woman who invented Liquid Paper.

Amazing true stories and intriguing real-life characters are interwoven with quirky rants and inventive arrangements of songs – some old, some new, all in the key of nerd.

Long, long ago… the nerd emerged as a pop-cultural (and playground) punching bag. Now, with "geek chic", it's a marketing vehicle used to sell gadgets and copy paper. But nerd in its purest form is a much bigger deal – a nerdy state of mind can be inventive, powerful, and a little bit adorkable. And so, employing music and a dash of time-travel, LadyNerd sets out with one simple task: To reclaim nerd.

Find out which LadyNerd...

- was a high school drop-out who sucked at typing
- was pushed into science by her mum so she wouldn't become an artist
- called herself a dude
- changed the world (answer: all of them)

Winner of the Sydney Fringe 2011 Award for Excellence, and a 2010 Sydney Cabaret Showcase grand finalist, Keira recently appeared as Susan in the critically-acclaimed NSW premiere and return seasons of [title of show], as Rhoda in the Sydney premiere of William Finn's A New Brain, and as Jeannie in The Great American Trailer Park Musical.  In 2009, Keira performed as Princess Aurora in the touring musical-sketch parody Princess Cabaret, which received five-star reviews at Edinburgh Fringe, and was part of Sydney Comedy Festival and World's Funniest Island.  2009 also saw her sing several shows with musical comedy troupe Cabaret Merlot.  Prior to that, Keira's main focus was improvisation, appearing in BLANK the Musical at Melbourne International Comedy Festival, and on the Impro Australia mainstage at Belvoir St and Enmore Theatres, including two Cranston Cup Theatresports Grand Finals.

Mark Chamberlain works in Sydney as a repetiteur and musical director in musical theatre and cabaret. He was most recently a deputy keyboardist on Jersey Boys (Sydney) and musical director for The Last Five Years (Stories Like These). Other credits include Musical Director for Sydney's 8th and9th Annual Cabaret Showcase (Your Management Int.), Thrill Me (Squabbalogic), Keyboards on Tell Me on a Sunday (Kookaburra), Mornings with Kerri-Anne (Channel 9), The Morning Show (Channel 7) and Afternoons with James Valentine (ABC 702 Sydney). He has accompanied such Australian performers as Hayden Tee, Courtney Act, Daniel Scott and Mark Vincent; and International artists such as US performer Colleen Ballinger ("Miranda Sings") on her Australian tour, and UK sensation Daniel Boys in Sydney. Mark also recently performed in the Living in the 70s tour (The Harbour Agency) while studying at the Sydney Conservatorium of Music. He regularly tutors/accompanies classes and productions at the National Institute of Dramatic Art (NIDA), Australian Institute of Music (AIM), Australian Academy of Dramatic Art (AADA), and the Actor's College of Theatre and Television (ACTT). 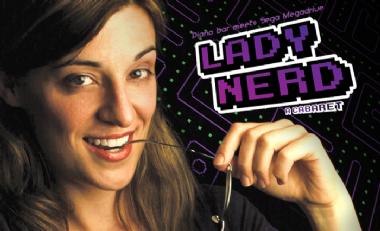