In 2010 while on a world tour with Ricky Lee Jones and her band, Lionel landed in Sydney and immediately fell in love with Australia. Lionel now resides in Paddington in Sydney as his home base for most of the year.

Lionel Cole's lifelong involvement with the music industry is characterized by creativity, innovation, passion and diversity. Lionel has always believed that music is what changes hearts, opens minds and makes us feel alive. For Lionel, that is what music is all about and that is what Lionel Cole’s performances are all about as well.

Lionel continues to work with musical icons such as:

Born in New York City, Lionel began his entertainment career as a high school student in Atlanta, Georgia where he co-hosted the award-winning syndicated ABC television show, “Time Out”. This lead to a world tour with the international cast of “Up With People” which brought Lionel to Chicago where he pursued a performance diploma at Northwestern University.

Lionel began playing piano in a variety of Chicago venues and also worked as a cable television producer, a copy writer for advertising agencies after which he founded the quirky and successful “Bedrock Corporation” which achieved both regional and national success writing commercial spots & jingles for clients such as Kraft's "Cheezasorus Rex."

He then moved to Los Angeles and began work as a staff composer and music editor alongside award winning TV producer Steve Tyrell, on several television projects including NBC's “California Dreams” and “The Brady Bunch Movie”. Lionel moved on to film composing for the highly acclaimed 1995 classic film “Once Upon A Time... When We Were Colored”.

This lead to a featured vocalist performance by Lionel in John Powell's score for the 2002 feature film “The Bourne Identity” and a two year stint as band leader on the television series “Malcom & Eddie”. Lionel then joined actor Robert Downey Jr.’s band where he sang and played piano with Robert on “The Oprah Winfrey Show”, “The Tonight Show”, “Ellen”, and “Good Morning America”.

Lionel then began a partnership with veteran television actor/director, Tim Reid, where he composed and supervised music beds for feature films such as “Asunder” (a New York times critics pick) and the television series “Linc’s” on Showtime.

Following this Lionel remixed the million-seller single "Hard to Say I'm Sorry," by boy band, Az Yet featuring Peter Cetera and became Director of Music for the only full service African-American film studio in America, New Millennium Studios in Virginia.

Lionel then joined the touring band of singer Mariah Carey where he played piano and sang background vocals with Mariah on her sold-out worldwide tours. He played piano on her #1 single, "Never Too Far Hero" and co-wrote three songs (including the worldwide hit "Throughthe Rain") from her multi-platinum album “Charmbracelet”.

One of Lionel’s proudest moments was arranging the “Star Spangled Banner” for Mariah Carrey and the Boston Pops Orchestra for the 2002 Superbowl following 9/11. This performance of Lionel’s arrangement was watched and heard by 85 million people in the USA alone.

This lead to a collaboration on “Walk On By” with pop prodigy Joss Stone featured on “Randy Jacksons Music Club Volume 1." The team also worked on many films produced by Walmart Family Pictures.

For the last few years Lionel's creativity has been focused in work with long time writing partner Randy Jackson from the television powerhouse series American Idol. He worked on countless projects including the Grammy nominated Sam Moore (of Sam and Dave) album “Overnight Sensation” and the Grammy award winning remake “A Family Affair” with Van Hunt, John Legend, and Joss Stone.

2010 brought a world tour with 1980‘s icon Rickie Lee Jones as her background singer and multi-instrumentalist. This landed Lionel in Sydney, Australia where he is currently lives and works as a solo artist, band leader for “Cole Soul and Emotion”, a radio DJ and music producer providing consulting services for bands, venues and events.

In May 2014 Lionel participated as a contestant on the Channel 9 TV show “The Voice Australia” where he worked closely with coaches Ricky Martin and Kylie Minogue.

You can still catch Lionel working with his father in the family business from Poland to Manhattan spreading the virtues of the Great American Songbook and its heirs. Born to a name synonymous with breaking down barriers, Lionel has carried on the family tradition and made inroads of his own. Uncle Nat obliterated the color line, cousin Natalie defines pop longevity, and Grammy-nominated father Freddy proves one is never too old to be an overnight success.

“The View” - with Mariah Carey

“The Tonight Show with Jay Leno” - with Robert Downey, Jr.

“The Today Show” - with Mariah Carey

“A Home For the Holidays” - with Mariah Carey

Co-writer of multiplatinum hit single “Through the Rain”, “I Only Wanted” & “Sunflowers”

Album “Knuffelrock” by Az Yet on LaFace Records

Album “Talk to Me” by Freddy Cole on High Note Records

Composer ”After All These Years”

Co-composer of “Just Walk on By” (with But Bacharach, Hal David, Randy Jackson, Joss Stone)

Album “Tha Hoodlums of Testimony” by T-bone on Metro-One

Co-composer and arranger of “Ain’t No Love”

Composer of the track “Save Some Time for Me”

Album “This Is Always" by Freddy Cole on Fantasy Records

Arranger “When You Touch Me” (with Wah Wah Watson)

Album “The Sound” by Jaze on Universal Records

Producer & Composer of “The Sound”

Programmer of the singles “The Box” & “Elmo”

Arranger of “The Star Spangled Banner” for the 2002 Superbowl XXXVI

Featured performer on the Song: “I Am Your Monster” - Paramount - Betty Thomas, Director

“Once Upon A Time... When We Were Colored” – Feature Film 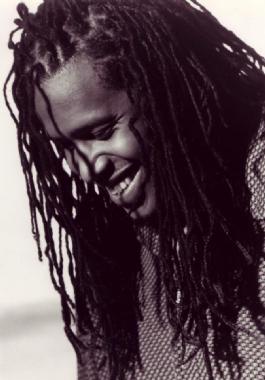