A versatile and energetic performer, Lisa is capable of delivering the most moving ballad or the raunchiest rock song. Lisa is an experienced artist with a wide range of performing skills to her credit. Musicals, cabaret and live bands, are all genres she can easily turn her talents to. Her persona on stage reaches any audience, young and old.

Lisa brings her own brand of comedy to her performances and has an outstanding flair and originality for humour. Her main passion is her singing and performing. She has performed in the Lyric Theatre Company Production of "Sunday in the Park with George". Other productions include: The Wiz, Godspell, The Pyjama Game, Leader of the Pack and Romeo and Juliet.

Lisa is no stranger to recording, having performed jingles and voice-overs for several leading companies, including Gregory Jewellers, Everyday Living, Noni B, Sydney Hi Fi , and Mounties. For the last two years, she has been a support act for Johnny Tillotson, and has had the opportunity to back Kate Ceberano, James Reyne and James Blundell.

In November 2001, Lisa set sail on the Regal Princess Cruise ship for her debut at sea where the predominantly American audiences were enthralled by her performances. In March 2003, Lisa entertained audiences on the Norwegian Crown Cruise Line. Audiences on board were brought to their feet by Lisa's powerful performance. In 2005, Lisa began entertaining on the Princess Cruise Lines, with the Pacific Sun. In 2006 and 2007, she returned to the Pacific Princess. She travelled from Alaska to Beijing on the Sapphire Princess in 2006 and brought audiences to their feet.

Variety entertainment is recognised by two award schemes - the prestigious 'MO' Awards and the Australian Club Entertainment Awards (ACE). Lisa has received many nominations at these two events. She was very honoured to have the opportunity to perform for her peers at the 2003 ACE Awards, performing the Tina Arena hit, "Symphony of Life".

Music is such a part of her, that it is not unknown for Lisa to incorporate her multi instrumental talents during a show. A powerful performer, Lisa combines these amazing vocal & instrumental skills with her down to earth thoughts about life.

Lisa is also a very talented arranger and composer. She has recorded three albums – “Almost Live”, “Strangely Beautiful”and "One moment in time". Lisa released her fourth album "Experience the Divine - An Evening with Bette Midler" in mid 2009. 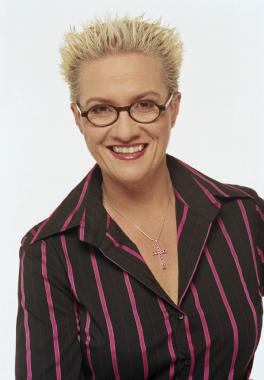