Tania de Jong performs a unique combination of opera, Broadway and song to enchant and entertain.

You will be entranced by the quality and charisma of one of Australia's leading sopranos as she presents your favourite songs and melodies from opera to Broadway and pop and some all-time favourites with charm, warmth and a great sense of humour.

Tania has an enormous repertoire and frequently performs as a soloist with a range of ensembles and orchestras as well as duetting with some leading male and female singers.

Tania de Jong is the inspiration, co-founder and artistic director of the singing group Pot-Pourri. A graduate of  the University of Melbourne (LL.B. Hons.), and the Victorian College of the Arts (Opera, Music Theatre and Voice), Tania is considered one of Australia's most talented sopranos who has performed with the Victoria State Opera and as a soloist with a number of orchestras.

In 2006 Tania received the Ernst and Young Australian Social Entrepreneur of the Year Award for her work with The Song Room. The Song Room, a charity founded by Tania, has brought music and performing arts programs to over 90,000 disadvantaged children and communities throughout Australia. Tania’s other awards include the "Outstanding Individual Contribution to Australian Culture" (1998) and the Accessibility Award in The Melbourne Awards (2005). She was a finalist in the Telstra Business Women’s Awards (2001) and studied overseas on a Churchill Fellowship in (1996). 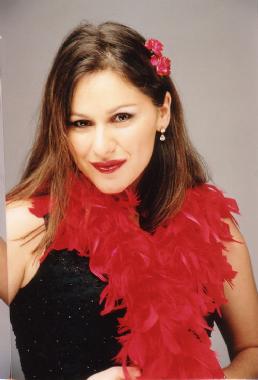