Tee is recognized as the contestant finishing seventh in the latest edition of the Channel 7 show, the X factor. This was not his first experience of this show. He was also part of the 2013 edition but could not clear the bootcamp round. In the 2014 edition, he reached the last seven and was eliminated after receiving fewer votes than his competitor. The matter went to votes after judges were split between him and Shadbolt. The 25-year-old is very proud of his achievements and is looking forward to a successful career as a musician.

This 24-year-old singer and musician was born as Ofisa Toleafoa and currently resides in New South Wales, Australia. He was born in New Zealand but moved to Australia to make his own identity in the music and entertainment business.

He used to work as retail assistant at one of the retail stores in New South Wales. He left his job after being chosen as one of the final contestants for the 2014 edition of the show.

He received an outpouring of support on social media when he came out as gay during the 2014 show. Many fans commended him for coming out in the open when he revealed that his mother has broken off all contacts with him due to his being gay.

As far as his musical influences are concerned, he cites Whitney Houston and his own family for his musical knowledge.

He cleared the audition in 2013 with flying colors but never got past the bootcamp that year. In one of the interviews later, he mentioned that he was glad that he did not go any further into the show. He said that the 2013 winner Dami Im was destined to win.

In the 2014 edition, he mesmerized the judges by singing Somebody to Love (Queen) and was on his way to the super bootcamp round. In the show, he was part of the Natalie's team.

In the next round of the bootcamp challenge, he gave a standing ovation performance to a chorus of 1000 music fans and judges at the show by singing the song Angie (Rolling Stones).

Tee, who is known as a gospel powerhouse, next moved to the home visits round. He was eliminated in this round in the 2013 edition. But this time, things turned out to be different.

Super celebrity, Jennifer Lopez, and his mentor on the show, Natalie Bassingthwaighte, were so impressed with his soulful rendition of the song, Don’t Look Back In Anger (Oasis) that Natalie selected him to be part of the live shows.

Judges and fans had always been impressed with his musical talent. He was saved by the judges, when he reached the bottom two in the fourth week of the show. The judges decided to eliminate his competition that week.

He once again found himself as part of the bottom two in week seven. The judges were split among him, Shadbolt and Heerah. The matter went to public vote and he had to leave the show but not before cementing his reputation as a singer and musician to watch for in the future.

Tee is a gospel powerhouse and has the ability to sing different kinds of songs in his own unique way. This rising Australian star is now looking to enthrall the audiences by being part of the events that are looking for young and upcoming talents like him. So, if you want to thrill the audience at your event, book him now. 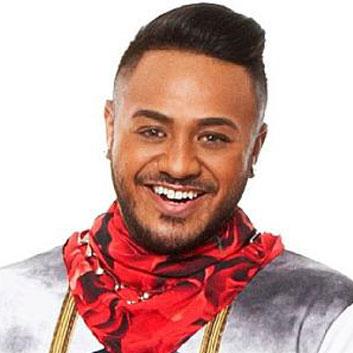