About The Swell Sisters...

The Swell Sisters are the Sweethearts of the 60s - a cheeky girl group who will turn your event into an exciting retro party.

Mandy, Ruby and Jo are The Swell Sisters. The Supremes, The Ronnettes, Dusty Springfield, Aretha Franklin, The Shirelles and Martha & the Vandellas - the Sisters re-create the soundtrack to your favourite musical era with all the songs, sass and style that made the Sixties so swingin’. In heavenly three part harmony, the girls showcase their sizzling voices and flirty personalities in a show brimming with humour and hit songs. The show also features a sensational video backdrop to really get you into the 60's sights and sounds.

In the tradition of The Fabulous Singlettes, three magical voices and colourful, vibrant performances will have you grabbing your GoGo boots and shimmying in your Beehives. Hear songs like ‘Son of a Preacher Man’, ‘Be My Baby’, ‘Stop in the Name of Love’, ‘You Don’t Own Me’, ‘Will You Still Love Me Tomorrow’ and so many more favourites, from singers with real musical pedigree.

Mandy, Ruby and Jo formed The Swell Sisters in 2014, after many years of working together in different projects and have since been storming stages throughout Australia performing at private functions, corporate events, outdoor festivals and venues from Doltone House, Blacktown Workers Club, Evans Theatre to Wollongong Town Hall. All of our customers have been very happy ones and in many cases we have gone back for repeat performances.

The Sisters work with the sensational soul-lovin' Swelltones, their own cracking three piece band but they also have the show charted up to 8 piece, to work with a house band. The three girls are also available with a backing track show. Whichever line-up variation you choose, the girls are always happy to adapt to your venue and event. The show works very well as a dinner show but if you prefer non stop dance floor music (or a mix of 'show' and dance music) then they will be very happy to oblige!

They’re still the cheeky, charismatic Sweethearts of the ‘60s, but at Christmas time the three sassy songstresses start to hang their mistletoe and warm up their eggnog. Think fun Carols and Pop Christmas favourites, delivered in the Swell Sisters’ trademark heavenly three-part harmonies. All this of course, alongside The Supremes, The Ronnettes, Dusty Springfield, Aretha Franklin, The Shangri-Las, Connie Francis and Petula Clark - The Swell Sisters recreate the soundtrack to your favourite musical era with all the songs and style that made the Sixties so swingin’! The Sisters present a show brimming with humour and hit songs as they channel the Sweethearts of the 1960s with an extra dose of cheer for Christmas time!

1. Tech Specs for The Swell Sisters 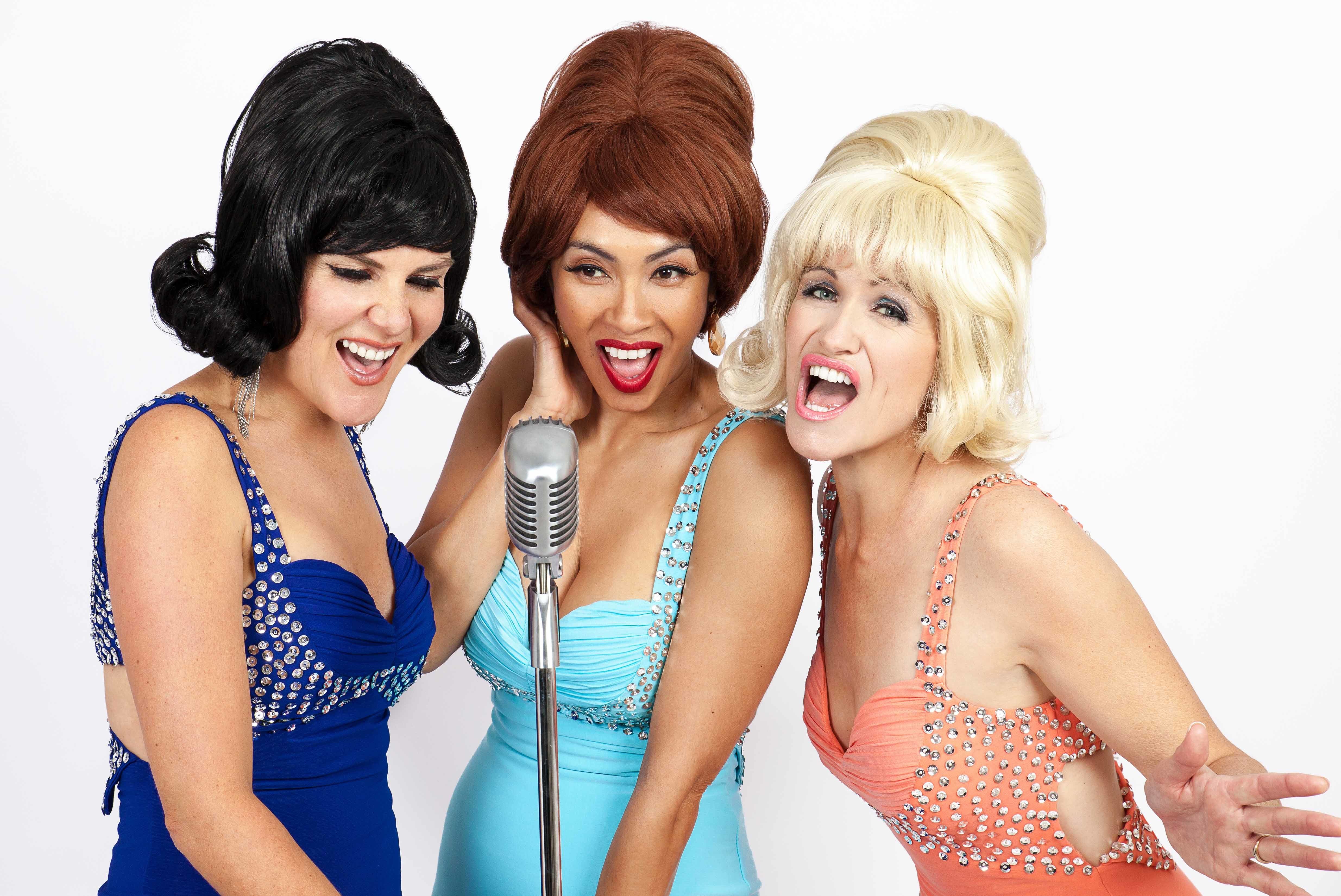