Grant is a Sydney-based freelance motorsport commentator and presenter who has worked for a number of radio and television stations around the world.

Grant has been employed in the media industry for fourteen years in both radio and television, as a commentator and host of a number of shows including the PROCAR Champ Series and Sky Channel. He has also had the good fortune to work with the following organisation and be heard or seen on Channel 7, Channel 9, Channel 10, SBS and Sky Channel, and heard on radio stations 2KY, sport 927.

Grant also hosted the Australian launch for A1 Grand Prix Australia for Sheik Maktoum Hasher Maktoum Al Maktoum. He also hosted the podium presentation at the inaugural Bathurst 24 Hour and is a former SKY Channel host. 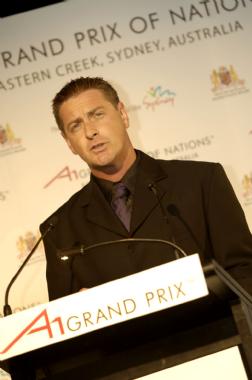