“…like watching music”
Angels, two metre high wings, silver, bubbles, glitter, stillness, and clowning, are woven together to create the magic of “Angelic”.

This angel has fallen to the earth, but because the atmosphere here is too heavy with the sadness of people, angels can no longer fly. So the angel travels the world hoping to create enough laughter and magic so that flight will once gain be possible.
With an original music score and slow surreal movement, the silent being from another dimension plays with the humans that surround, enticing audiences of all ages into becoming part of a unique world. A strikingly beautful yet at times very funny, addition for any festival or event, corporate function or private party. Angelic is highly adaptable and can be performed as a living statue, a roving character, or a busking act.

Adelaide Street Theatre in the Mall 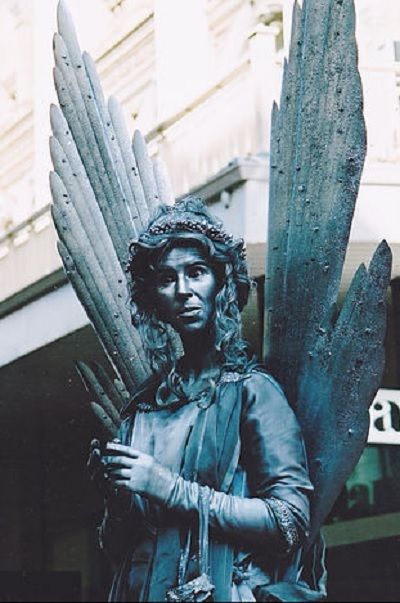