Olu-Shegs is a SHOWBIZ Promoter, Skilled SUPER-STAR DJ with 20 years experience in the Entertainment field. He is also the boss at OR ENT. his entertainment company.

Olu-Shegs is suitable for your events & venue functions. Currently plays shows & events around bars and pubs in the Perth, WA scene and gets booked by venues for events outside Perth, WA as well.

Was born in Central London, UK in the 80s to West-African parents. Started career as an Entertainer by age 8. Has lived for years in different music-loving countries across the world, notably England where he was born, Nigeria where his parents were born and Australia where he moved to settle. During his career, he has released numerous DJ Mixes and two studio albums to date. Doubling as the Label founder & Chief Executive at Olushegs Rugged Entertainment (OR ENT).
Love for music turned into a career when aged 8. Primarily before the career, love for music started from my Fathers vast Vinyl collection. I remembered starting with fears that i had broken his Vinyl record player that day when i was by myself at home, then i started trying to fix it & got acquainted with the player and gained all my confidence back when i fixed the play button. I felt so rewarded when the popular 80’s funk sound, European electronica, Synth-infused 80s music started blaring through the speakers that i felt i owed it to the world to share my feelings with them. I felt so good about music that day, then i ended up playing the entire collection without food or water, i just stood there the whole day checking out the sounds and unique beats of each record in his collection and felt so satisfied. now for over 20 years the love has never changed. Eventually, i saved up and got my own Vinyl record player & knew every record store in town with the latest music. I also updated my library regularly with more good sounds and after a while my confidence grew wings that i started hosting parties & charged a little gate fee because we had a big parlour to accommodate about 250 people. Years later he still remains true to his passion and hence how the journey continued into being a professional Disk Jockey.
2 Decades later, i am still happy to be here with a vast knowledge and wealth of music experience from the 80’s, 90’s and up until now. There is always new music to discover everyday and discovering new genres have become one of my main hobbies. Then i became a Hip Hop fan and even expanded my catalogue with thousands of new beats & songs. I had so much new beats and lyrics to memorise that i feel like i have an eargasm in my brain every time i play music even up until now. I know that my love for music has been solidified.
Trying to standout became very easy, because i later started free-styling & writing raps to these new beats i mixed and i would promote myself at open-mics and underground battles. It was so easy for me to show crowds that i could do it all and entertain them while doing it. I was a combination of a skilled DJ, Rapper, Singer & even a dancer with a cute face and smiling personality to go with it when i am not at rap battles lol. After rapping to remixed beats, i got inspired for a quest for my own unique sound, so i started creating my own Electronic Dance Music(EDM) beats.
When DJing, i love to understand what a client wants, so i satisfy their needs in a special way. When playing my shows to big crowds, i just build a connection and a vibe with them as i play my first song, then depending on the situation or circumstances, i know where to take them next.
Olu-Shegs is suitable for your events & venue functions. He regularly plays around bars and pubs in the Perth, WA scene and he gets booked by venues for events outside Perth, WA as well. He brings up his best performance every time he plays and you should experience his thrill at your next event. Stay updated with his latest DJ mixes on Soundcloud, Mix cloud or Beatport platforms. Apart from the lyrics and good beats, i’ve noticed that music could be a good form of therapy too. You can checkout my DJ mixes, they are cool!
1996            -     Started a professional Entertainer career. Getting paid to perform as a Disk Jokey.
1996 - 2004  -     Went College and further established a skilled Disk Jockey status.
2004 - 2006  -     Expanded his skill set to becoming a musical artiste, rapping, singing & dancing to the beats he cut & remixed. Released successful singles.
2006 - 2008  -     Established own unique EDM sound. Released successful hip hop & EDM albums.
2009 - 2010   -     Toured London, UK (including playing concert venues, bars, pubs and nightclubs.)
2011 - 2013  -     Toured Lagos, Nigeria (including playing concert venues, bars, pubs and nightclubs.)
2014  - Present - Touring Perth, Australia (including playing concert venues, bars, pubs and nightclubs.) 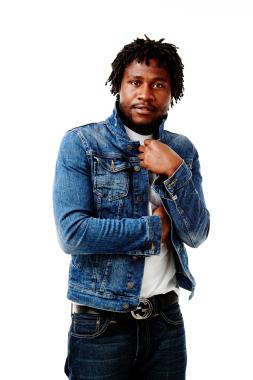