Executive Summary: Paul Cutbush - This speaker is a proven senior executive who has had a successful career transforming service delivery environments to best practice technology and culture within significant corporations and government agencies.This has included leading multi site operational and executive teams of up to 900 staff. These include QANTAS Airlines, IBM, Optus Communications, AMP and most recently the NSW Attorney General's Department.

Paul is an inspirational and energetic speaker who draws on his vast management and life experience to tailor compelling business speaking engagements and workshops. Prior to commencing his own Management Consultant firm,Montpelier Business Solutions,in July 2006, Paul completed a 4 year term as Director, Reporting Services Branch, NSW Attorney General’s Office.Paul was accountable for ensuring every word said in a Court in NSW was captured and transcribed (3 million pages per annum).

In addition he was accountable for transforming all reporting and transcription services to “best practice” levels. This critical service delivery Division’s clients include the community, legal profession and the Judiciary across 600 courts in NSW. The portfolio included the Supreme Court, District Court, Land and Environment Court, Local Court, Industrial Relations Commission and the Administrative Decisions Tribunal.Paul will share his challenges in making change in a highly politically charged environment and his observations on working in Government. Prior to joining the NSW State Government, Paul was sponsored by the Vice President, Strategic Outsourcing, IBM Global Services Australia to Chair the IBM Australian Competitiveness Council.

Paul directed the development of a Business Case and gained approval for the ASPECT E-Work Force Management system, which improved service delivery and reduced costs by using an advanced approach to staff rostering and forecasting across Australia. As a result, this 500-seat service desk was awarded the prestigious “Help Desk of the Year” award by the Australian Teleservices Association. Between 1998 – 2001, Paul was Executive Manager, Global IT&T Support Centre, QANTAS Airlines reporting to the General Manager, Global Operations. This critical service desk was transformed to a best practice centre during Paul’s time and supported the 900 QANTAS locations globally by providing a “one stop shop” for all IT&T related problems. The key focus was on “end to end” problem management and customer service for all of the 30,000 staff “from the boardroom to the tarmac”. Paul was selected to represent the Operations Division on a Cultural Change task force sponsored by the Chief Executive Officer, Mr James Strong.

Before his time at QANTAS, Paul held two short-term change management roles at AMP (Executive Manager - Call Centres) and One.Tel (Director - Call Centres). The primary focus of these roles was to facilitate a major uplift in service delivery by consolidating call centres and intro 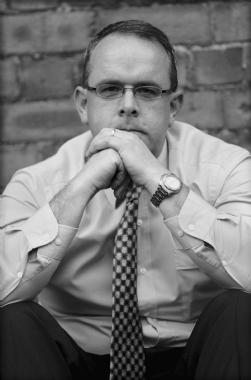