Ross Greenwood has covered finance and business matters in Australia and around the world for 30 years. He is currently the Business and Finance editor of Australia's Nine Network and appears each day on National Nine News and the Today Show. Ross was also co-host of Nine's former flagship current affairs program, SUNDAY.

His assignments for Nine have taken him around the world, from Europe and the Middle East to Japan, China and the U.S.A.
Ross also hosts his own top-rating "Money News" radio program each day between 6pm and 8pm on Sydney's #1 talk-station 2GB and other syndicated markets around Australia and writes a weekly finance column for The Daily Telegraph.
Ross also has practical finance & business experience. For six years he was chairman of the investment committee of the JUST superannuation fund, for journalists and entertainers. In 1997, Ross was named 'Superannuation Trustee of the Year' by the Australian Institute of Superannuation Trustees for his work with JUST. He has also been a director of a stockmarket-listed investment company and has been an investor in a range of start-up businesses.

Throughout his career Ross has headed up a number of financial publications including the then number one business magazine in Australia, Business Review Weekly. He was also editor of Personal Investment Magazine. He created Australia's Shares magazine, then took the concept to the UK and created the weekly British magazine Shares, and its accompanying website moneyam.com. Ross was editor-in-chief and co-creator of Shares UK between 1999-2003. During this time he was a regular commentator on BBC television, CNN, Sky News and Bloomberg. He was also a regular co-host of BBC Radio Five Live's main business program, Wake Up To Money.

His television experience extends back to the 1990s, with the pioneering Australian lifestyle program on the Ten Network, Healthy Wealthy & Wise.


With his vast knowledge of the financial market and current affairs, Ross is highly sought after as an MC/Host and Keynote Speaker.


Ross lives in Sydney with his wife, Tanya, and son Mitchell. It would be fair to say he is sports-mad and still plays competitively. 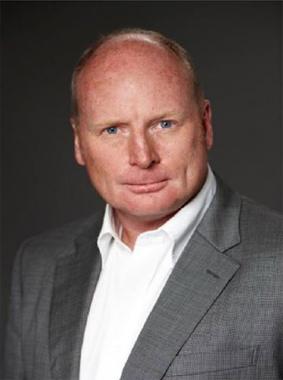