If you are looking for a seasoned television presenter, reporter and voice over artist to bring talent, expertise, professionalism and flair to your project Alle Brunning is your answer.  Alle has worked as a presenter, reporter and voice over artist for Network Ten in news, sport and entertinment.  You may have seen her presenting on the City To Surf broadcast or caught one of her stories on the magazine style motorsport show RPM, where she compiled anything from serious team profiles to light colour stories.  Alle's fun, approachable style added flair to the network's Goldcoast Indy Festival  broadcasts.  As a result she was asked to host GPTV, the live on-track coverage of the Australian Motorcycle Grand Prix.  It was deemed such a success, she was asked to host again, and was also hired by a private production company as a colour reporter for the Austraian Formula One Grand Prix on-track coverage.

Previously Alle was a presenter for Australia's hottest music channel, Channel V.  Alle hosted a live request program with personality Nathan Harvey and later on her own.  She also interviewed top atrtists, celebrities and movie stars like Samuel L Jackson, and wrote and presented movie and CD reviews.

Alle is no stranger to product endorsement.  She was hired as an actor/presenter for a fun, live promotional roadshow for Toshiba laptops.  She also presented on the consumer show Bright Ideas.

Her diligent nature has meant colleagues and employers have been happy to repeatedly engage Alle on different projects or recommend her for other work. 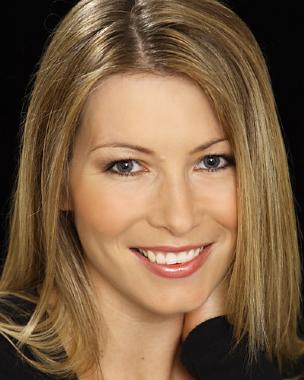