Dr Ross Walker is an eminent practicing cardiologist with a passion for people and health. Considered one of the world's best keynote speakers and life coaches, he is the author of six books (some of which have been best sellers), the advertising face of Natures Own™ with Sigrid Thornton in Australia and a columnist with The Australian newspaper’s Wish Magazine and another News Limited publication Alpha magazine.

Dr Walker is also a regular presenter on the Nine Network's TODAY Show. His other major interest is in the field of heart disease prevention. He established a preventative cardiology centre in conjunction with the Sydney Adventist Hospital. The centre was the first in Australia to offer gated coronary calcium scoring which Dr Walker considers to be the best non-invasive method to detect early heart disease. 'Have you noticed that most people in our society are constantly tired, gaining weight (despite the health industry's increasingly strident recommendation for low fat diets) and are stressed beyond belief,” questions the travelling lecturer and author. “Our everyday, modern environment of synthetic and convenience food, technology that reduces physical effort and exercise - from the car you drive to work to the remote control for the television - not to mention the stresses and strains of the corporate and business world are all to blame”. But what can we do about it? According to Dr Walker, surprisingly most people seem to accept this state of affairs, and feel powerless to change their life and health for the better. But there is a solution that will ensure a longer, healthier life, he says.

Dr Walker's life changing message is universal. From intimate corporate presentations to his speech to 35,000 people in an outdoor stadium on the sub-continent, Dr Walker is empowering his audiences along the path to wellness. He is continually praised for the entertaining, emotive style of his presentations and constantly receives testimonials on the effectiveness of his programs. He is one of the most sought after corporate presenters and health and lifestyle consultants in Australia and Asia. He works closely with the who’s who of the corporate world in more than six countries on educating staff and executives on the importance of achieving balance in their hectic lives. From stress management to relationships and from health and nutrition to striking a balanced way of living, Dr Walker is regarded as one of the best presenters in the world. As a frontline communicator, his messages are seen and heard by millions of people each year. In 2005 Dr Walker secured main platform before 12,000 attendees at Million Dollar Round Table in North America, his address winning widespread praise. In 2006 he presented again for Million Dollar Round Table in Bangkok to 15,000 deligates and hit the mark once again.

Dr Walker is now focussed on taking his speaking and publishing success that he has established in Australia and Asia into the American market. He is the author of five books: If I Eat Another Carrot I'll Go Crazy, What's Cookin' Doc?, Highway to Health, The Cell Factor and The Life Factor. His latest book is titled ‘Diets Don’t Work’ which will be released in Australia, New Zealand, South Africa and Asia in June 2006. One of the most frightening issues in modern society is the increasing rates of obesity. This is despite a multitude of diet books flooding the market over the past ten years. From the low fat, to the high protein, high fat, low carb alternatives, the public is becoming increasingly confused and strangely, increasingly fat. Why is this so? Basically, because DIETS DON’T WORK. Dr Walker’s new book, explains the reasons why, despite the constant bombardment with diet books and conflicting dietary advice, our waistlines are expanding. In DIETS DON’T WORK, Dr Walker provides an achievable program for weight loss and li 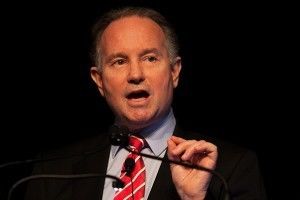