For travel outside Brisbane, I will require return airfare, accommodation (if needed) and meals (if needed).

Craig Hill is a motivational speaker, educator, journalist and National Vice President of the Australian Democrats, but it wasn't always like this. He suffered severe trauma from his work in a prison, which culminated in unemployment, prison and homelessness before he was diagnosed with PTSD after a struggle of 16 years. After receiving treatment , he was able to move ahead in life and help others, while at the same time achieving personal success.

Craig's presentation doesn't just revolve around himself - it also revolves around the amazing people he has met throughout his career who have also overcome adversity to achieve personal success. These include troubled youth on Aboriginal communities who became inspirations in their townships, homeless people who got off the street and found long term employment and a Chinese woman who moved out of poverty in a rural Chinese village to become Asian Operations Manager for a Fortune 500 company, among many others.

He takes you on a journey that starts in Australia's toughest maximum security gaol, where every day life caused unseen trauma, and continues through his downward spiral into prison and homelssness. Along the way, he enjoyed some success as Chairman of a Reconciliation group, Chairman of a local Red Cross Calling and several management positions. All the time, however, the undiagnosed spectre of PTSD was taking its toll, and after 10 years, he spent 6 weeks on remand in the same prison in which he had once worked.

After leaving prison, he again found some success asTAFE Coordinator on an Aboriginal community, Manager of an Aboriginal Corporation, working with Aboriginal street kids in Rockhampton and as a teacher in China. However, again the PTSD had a devastating effect, and he found himself homeless in China, before receiving assistance to get back to Australia from an American Secret Service agent and the Australian Consulate.

Back in Australia, he again found himself homeless, before finally being diagnosed with PTSD after 16 years of suffering. With proper treatment, and assistance from Brisbane businesswoman Sarina Russo and Federal Senator Andrew Bartlett, he was able to write about his experiences and get published nationally in Big Issue magazine and other publications. He helped the homeless in Brisbane and Waikiki (USA), before returning to China as a university lecturer and corporate trainer.

In China, he finished his degree and worked as a management consultant for domestic and multi-national corporations, as part of their exit strategies from that country. He also lectured in Management at a Chinese university, as part of an Australian associate degree, and was a guest speaker at other universities around the country.

He then returned to Australia to complete post-graduate qalifications and become a TAFE teacher. His journey has now reached a point where he is Vice President of the Australian Democrats. The journey continues ...

Craig is great at motivating individuals and teams to go that one step further and achieve at a higher level, and telling a story that will leave everybody inspired.

I prefer the presentations to be video recorded, but this is not an essential criteria. 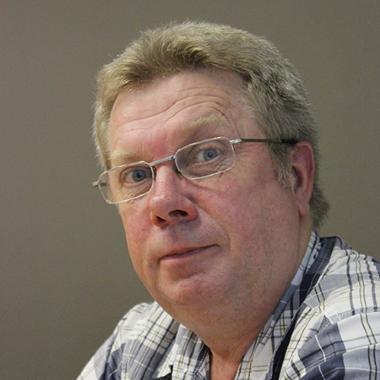