Given less than two hours to live with drug related heart & kidney failure, many years ago, survivor and highly regarded School Drug & Alcohol Awareness educator, Kerryn delivers a compelling and inspiring message on the dark side of drug and alcohol use and of the hope of life beyond addiction, with a presentation that will keep you on the edge of your seat.

Kerryn Redpath is an Australian woman who lives in the South East of Melbourne, Victoria. She grew up in a loving family and is now a devoted mother of three wonderful, young adults.

At nineteen, innocent and adventurous, Kerryn headed off on the 'hippy trail' to Kathmandu with plans to travel through Asia for six months. While drifting into the marijuana scene, she was struck down with a deadly strain of Typhoid and spent 10 weeks in Fairfield Infectious Diseases Hospital, Melbourne, where she almost died.

Just a few years later this impetuous young woman who simply wanted to enjoy life and 'fit in', found herself tangled in a web of parties and drug and alcohol addiction. Kerryn became what you would call a 'functioning addict'. On the surface she led a seemingly normal life, with a full-time office job in South Melbourne and close family relationships, but behind all of that, the dark side was creeping up.

At the age of twenty five Kerryn was diognosed with drug related heart and kidney failure. She was rushed into Melbourne's Alfred Hospital Coronary Care Unit where she was given less than two hours to live! Quite miraculously, Kerryn survived, but not without spending almost five months in hospital and being left with scars. Kerryn has not used an illicit drug since.

Over the next few years, against all odds, Kerryn gave birth to three beautiful children, but the trials did not end there as her husband continued to battle drug addiciton. The choices that Kerryn made in her teens have not only affected her entire life, but have given her a knowledge and insight into drug addiction from both sides of the spectrum; firstly, as an addict and secondly, from the devastating angle of living with an addict, with an addiction that would eventually tear their marriage apart.

Today, Kerryn is an author and  passionate Drug and Alcohol Awareness Educator, a role that evolved out of her own devastating life and near death trials, many years ago. Her autobiography, ‘Out of the Darkness’, follows her journey from the darkest of depths in her young life, to a world filled with hope. Now she brings this message of hope and a warning of the dangers of drug and alcohol abuse to thousands, by speaking in Secondary Colleges, TAFES and also in Forums, Corporate Events and Sporting groups.

Her compelling presentation has been engaging young and old across the country for almost five years as she passionately shares her knowledge, real-life stories, up-to-date drug and alcohol information and warnings on the dangers of drug and alcohol use. Her presentation is unique, personal, passionate, professional and as she believes, vital in light of the current events in the lives of young people across this nation.

Kerryn’s personal story is gripping as she describes some of the terrifying scenes she encountered many years ago and includes the consequences she lives with today. But, the message of hope and the power of the second chance at the conclusion of her presentation leave her audience inspired to embrace and use their gifts and talents and to live a life of purpose.

For 10 years Kerryn worked in a very rewarding role as an Integration Aide at an Independent College, with students across all sections of the College – Senior, Middle and Junior, an experience which is evident as she relates and connects naturally with students of all age groups.

Beginning with an invitation from a Senior School teacher, who had read her story, Kerryn has now delivered almost 200 presentations to students in secondary colleges (Private, Independent and Government), TAFES and many other venues, across Melbourne, Sydney and Adelaide. The amazing response Kerryn’s message receives from students and staff at all colleges, fuels her passion to make a difference in the lives of all she comes in contact with.

With her powerful presentation and crucial message, Kerryn is now on a ‘mission’ to reach as many young people as possible.

Kerryn’s compelling presentation has already been widely acclaimed as a message that needs to be heard by people of all persuasions, ages and backgrounds. Her story not only educates and warns of the devastating impact of drug and alcohol abuse, but is an eye opener to those who may not have been touched personally.

Her message of hope, when all seems hopeless and of the power of having a dream and the will to overcome is inspirational.

Although a sporting lifestyle can be a wonderful past-time or career, it is clearly evident that a combination of pressure to succeed, peer pressure and culture, can lead to some players slipping into the trap of drug and or alcohol abuse.

Kerryn’s powerful Drug and Alcohol Awareness presentation brings a confronting, yet honest warning of the dangers and possible consequences of following this destructive path. Combined with a message of individual value, potential and hope for the future, Kerryn’s presentation serves as a vital inclusion in any sporting field.

Kerryn has been involved in a number of media interviews and forums, including:

.  2013 - Pre-planned Audience participant on Network 10 'Can of Worms' for the dabate on 'Legalising Party Drugs'.

.  2014 - Featured in the SBS TV Documentary 'Living with the Enemy', Topic - 'Marijuana'. Kerryn's opponent in this episode, which debated the legalisation of marijuana, was Australia's number One advocate for legalising marijuana, Michael Balderstone. (Documentary also includes short clip of Kerryn's school presentation at Emerald Secondary College)

** If you are looking for an engaging speaker with a message on a topic that affects us all, look no further.

.  “Wow, Kerryn is so inspirational. Thanks for sharing!” Year 12 Student – Independent Co-educational College

.  “Kerryn was fantastic. She spoke with genuine honesty, and explained a difficult topic to us in a way that made it relevant.” – Year 12 Student – Independent Co-educational College.

.   “I thought it was incredibly insightful to hear from someone who has had first hand experience. The different consequences from real life stories were very confronting, but necessary to hear. – VCE Student - Independent Ladies College.

.  “I loved the extra message of hope and having dreams, etc. – that was really nice to hear! :) Thank you! xx - VCE Student - Independent Ladies College.

.   Recently our students received the opportunity to hear Kerryn Redpath speak on the important topic of drug and related substance abuse issues in our community. While Kerryn is certainly a proficient and engaging public speaker, it was the highly personal nature of her story which struck a chord with our students most. They were offered a valuable insight into the means by which a young person from a loving home can, through a few bad choices, so easily slide into a lifestyle which offers such dangerous consequences. I applaud Kerryn for the work that she does and have no doubt that the students she speaks to are affected by her message and have cause to reflect on it for years following.

.  Please accept my gratitude for your attendance at Mission Australia on Tuesday 24th April. Following completion of the Program, the participants were asked to provide feedback regarding the content of the course and its relevance to them. Given the age range of the group (18-61 years) I expected a large variance in the replies. I am happy to advise that your session received very positive feedback from a cross section of the participants with some stating that it was one of the sessions that had the most effect on them.

.  The Rotary Club of Beaumaris recently invited Kerryn Redpath to speak at our meeting. This was a powerful wake-up call to us and Kerryn’s message needs to be told to as many people as possible. I have no hesitation in recommending Kerryn as a speaker for any group, Corporate or otherwise and, in fact have proposed that she be included as a speaker at our District Conference in 2015. 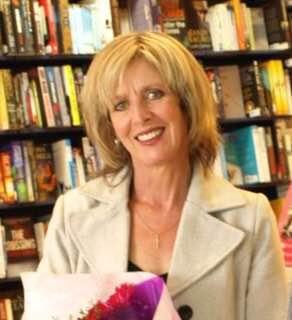