When Khadija Gbla arrived in Australia after 3 years in a refugee camp in Gambia, she was determined to make every moment of her new life in Australia a positive step to a better future. Adapting to a strange new way of life at school in Adelaide, Khadija emerged from that tough journey with the credentials to study law at Flinders University. Along the way she has been busy looking out for other African immigrants and attempting to recreate a better and more beautiful life in Australia – that war and poverty in Africa made impossible.

For her social justice activities Khadija has been well recognised by a number of significant Australian business and political organisations. Female circumcision is one of Khadija’s abiding passions. Rather than taking a contentious political stance about its cultural role, she prefers to provide pragmatic help to her young African friends who may need some guidance in dealing with the issue. Khadija is focussed on marshalling resources to help young multicultural women discover how they can make it in Australia. Assistance in finding a job, such as help writing a resume, and coaching for employment interviews.

Together with designer Irene Previn, Khadija has begun work on a new magazine called Chocolate. This magazine is the focus of her determination to help refugees in their new home in Australia. For more informaton go to chocolatemagazine.net. (See link below) Khadija is available to address your next corporate, social or networking event. She is an experienced, inspirational speaker, whose warm and encouraging message is based on her own story of overcoming small and large obstacles. She speaks confidently and frankly, exuding abundant energy and excitement. 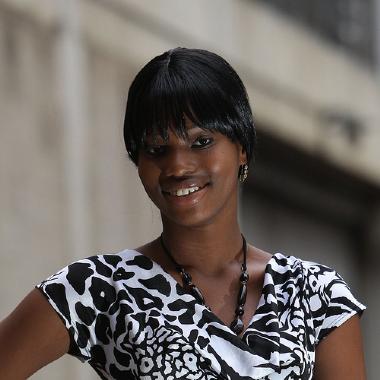