Patrick Hollingworth works with senior organisational leaders to help them and their businesses move through an increasingly volatile, uncertain, complex and ambiguous landscape.

A short description: Patrick Hollingworth describes himself as “a student of people and places, and the way they interact with each other under conditions of uncertainty and complexity”.

His interest is in non-linear organisational leadership and structural responses to conditions of uncertainty and complexity. His book on this concept, called The Light and Fast Organisation: A New Way of Dealing with Uncertainty, is published internationally by Wiley and Sons.

Hmmm, OK, this Patrick fella sounds kinda interesting. Can you tell us more?

Of course! Please read on...

After completing a Bachelor of Science with Honours in anthropology, geography and psychology, he spent more than a decade as an employee of a large multinational consultancy, working on some of the largest and most complex infrastructure projects ever built in Australia. During this time Patrick saw the very best of what large organisations can achieve, and also the very worst.

At the same time, Patrick continued a love affair with mountaineering which had begun during his time at university.

His mountaineering has taken him to great heights—quite literally.

He even helped his Nepali Sherpa friends set up their own mountain-guiding business based in Kathmandu.

Over the past 15 years he has climbed in small light and fast alpine-style teams, and he’s climbed in large heavy and slow expedition-style teams (he’s even led a number of them himself). He’s seen the very best of what alpine style can offer, and also the very worst of what expedition style can deliver.

Patrick lives and breathes this stuff —he truly understands what its like to lead teams through extended periods of uncertainty, ambiguity and doubt.

It’s one of the reasons that Patrick continues to climb to this day—it gives him a great environment in which to further test and explore his thinking.

Patrick writes on these matters regularly, both in his monthly thought piece (a fancy term for his newsletter) and also in various media outlets, including the Australian Financial Review, The Australian, Sydney Morning Herald, The Age, Sky Business News, QANTAS Radio, and ABC TV and radio. 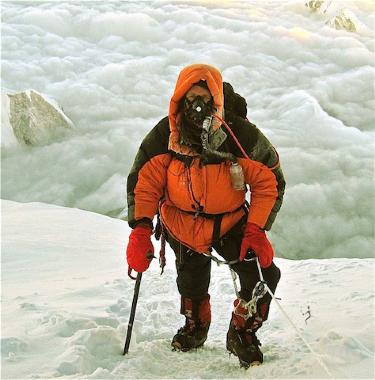