“Our brief was to create a prime time TV series that was entertaining as well as sensitive to a major health crisis in this country – male suicides and poor male mental health. So we were on the lookout for stories and people who could communicate a positive message – who were doing amazing things in their field AND could work for television.

Will was a total find. He certainly fit that brief. He was highly responsive to the needs of the production and very generous with his time - a total pro.

What the crew were able to capture is the wonderful vibe in the room that Will creates because he is passionate about what he does. And he cares about making change. As a result, the ‘Fuck Up Night' sequence is a real highlight of the series for me."

As a kid, William always wanted to be a palaeontologist.

Instead he found his way into technology, business innovation and non profits. In 2011 William co-founded the award winning non-profit mental health initiative Spur Projects - including sharing his mental health experiences in their early video campaigns. This led to a career in mental health activism with a variety of creative, subversive and digital projects - most recently, mental health big data project 'How is the World Feeling?'

William has appeared on radio and television on the subject of mental health, including the ABC series Man Up for Air in October 2016 and is a current finalist for the Mental Health Week Achievement Awards and the Brisbane Young Entrepreneur Awards 2016. He's also worked with large corporations including Telstra as an ambassador for the Telstra Foundation.

By day William is a business consultant for Brisbane firm Acaché.

A passionate and stirring communicator, William is often invited to speak at events on subjects such as mental health, masculinity, innovation, social change and finding the right path in life. 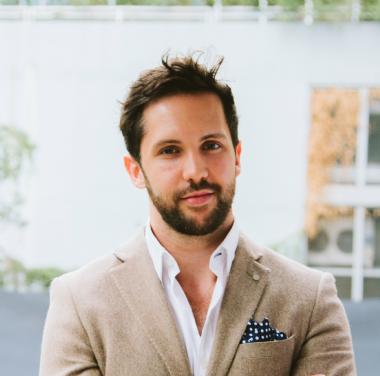