Glynn Nicholas is well on the road to becoming one of the most inspiring and entertaining keynote speakers in Australia.

From award-winning busker he quickly progressed to the stage where his one-man shows still holds box-office records around the country.

As a Theatre Producer, his plays and musicals have played in scores of countries including the UK, Ireland, London’s West End & New York.

As a Theatre Director, he has worked with some of the world’s finest and most precious Musical Theatre performers and is soon to Direct some of the biggest names in ‘Certified Male’ when it runs in Berlin, London’s West End and New York.

His company, Glynn Nicholas Group produces theatre shows, television programs, and corporate acts for Australia and the UK where he has a reputation as a gentle and very entertaining Master of Ceremonies and comedian.

He has appeared in feature movies and has made countless television appearances, he’s a successful author and has created a number of comedy characters including Sergeant Smith and Pate Biscuit for which he apologises without reservation.

In April 2011 Glynn returned to the stage with his new show “This Way Up” that received critical acclaim in the Melbourne International Comedy Festival, and now he moves into the speaking circuit with an inspiring address that will motivate and entertain audiences whether they like it or not.

"Nicholas is a polished, clever performer who leaves us thinking about happiness, ambitions, career choices and more. His style is warm, charming and cheeky, with the bonus of intelligence and maturity...” Sun Herald, April 2011

"There is in Nicholas a fine lightness, a way of holding his audiences, however confidently, very gently in his most capable hands"  THE SUNDAY AGE

"Your performance at our Red Nose Day launch was absolutely outstanding…You were the consummate professional…Our supporters rated the launch the best ever…and particular praise was reserved for the manner in which you acted as Master of Ceremonies."  ANDRES CATHLES, SIDS WESTERN AUSTRALIA

'Feedback from many of our guests indicates that a great night was had by all ... ..and it's unanimous .....everybody loved your performance!!!!' FOSTER'S BREWING GROUP LIMITED

“We've had nothing but rave reviews about the evening and much of this can be attributed to your role as MC. Sure 100% Kylie was good but no where near as good looking as you! :-)  Your professionalism and ability to captivate and control our audience with your humour was terrific.  BRIAN VAN ALLEN - CENTENARY & EVENTS MANAGER RAC WA

'A late but very sincere note of thanks!  Your contribution gave the evening that extra 'sparkle' and the event was a great success…'  AMP GOLD CHAMPIONS celebrations HALLMARK

“…Glynn to the rescue!! I knew that you would be funny and that the audience would respond positively to you but did not expect, in the preparation time available, for the material that you prepared to be so relevant to the Advisers and their role in AMP. It hit all the right spots with the audience. You seemed to understand their world and feed it back to them with humour, pathos but most importantly with respect. Your versatility, intelligence, humour and physical performance skills totally engaged the audience. My only dilemma is how I'm going to top that next year.” AMP NATIONAL SALES CONFERENCE 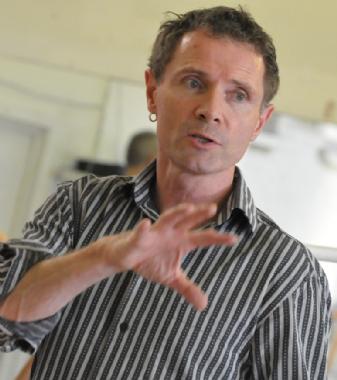