Master of Ceremonies, Presenter/Host for many Corporate Events and Festivals and also as an Expo Announcer.

Bassem has done numerous Radio advertisments and through radio has covered some of the biggest events in Australia including the TV Week Logie Awards Red Carpet (2005-Present), AFL Grand Final (2005-Present), 2006 ARIA Awards and various Australian Idol and Big Brother evictions. Interviews include: Daryl Somers, Don Lane, Eddie McGuire and many many more.

Bassem is in high demand also for emceeing/spruiking across Australia for clients such as: Ford, Toyota, IGA, Bevilles, Prouds to name a few, as well as ring announcing & commentary at pro-wrestling events. Bassem Abousaid is based in Melbourne but travels across Australia and across the whole of Victoria. 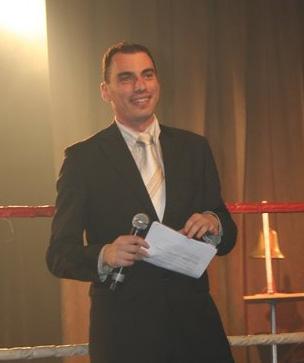