Currently hosting and producing the night show on 96.5FM Brisbane, Scott has previously worked on air on Brisbane’s B105FM, and HotFM in Townsville as well as a number of smaller Brisbane community stations, Scott's passion for entertaining has been burning in him since age 7.

Though still a teenager, Scott’s time in radio has given him opportunities to interview a number of exciting guests, such as Secondhand Serenade (who he asked to perform a song for his girlfriend) and New Empire. Radio has also given him experience in voicing a number of commercials - finding particular talent in young and exciting sounding as well hard sell jobs. However, this youthy history does not leave those seeking an adult mind stranded as this experience has also found Scott being a hit with his regular fill in work on adult targeted radio shifts.

Young, fresh and vibrant are the three words that best fit Scott's work on stage, coupled with an ability to easily and respectfully adapt to a variety of situations and schedule changes, it's not hard to see why he has an MC history that includes work at formal events such as the Queensland Catholic Schools and Colleges Music Festival to international events at Sydney's recent World Youth Day to heart pumping rock events such as Easterfest. This MC history combined with his work in radio leaves Scott often being complimented for his relatiblity and personable connection with the audience.

If your next event demands an MC or speaker that brings youth, energy and excitement to the crowd all while remaining personal, weather that's excitement fit for an international rock band, fundraisers such as a trivia night or the respectful excitement required for a formal function, you can't go past Scott McDonald. 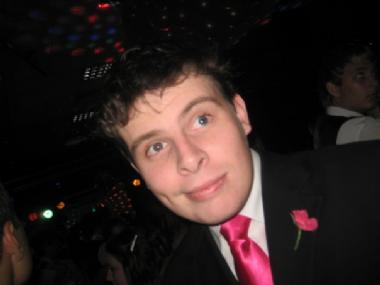