Sy Chung is one of Sydney’s best up and coming Australian-Chinese media talents. With the ability to speak fluent English and Cantonese, he is currently a radio presenter at SBS which broadcasts nationally across Australia. His work includes the "PopAsia Request Australia" English music show, a popular news satire programme "Mr Speaker" as well as news and current affairs reports. Besides his work in radio, Sy is also one of Australia’s most sought after Master of Ceremonies. Because of his multilingual skills and ability to entertain and excite any kind of audience, he is the first choice for numerous wedding ceremonies and receptions, functions for local community associations, corporate events, church meetings and functions for clubs and societies. Sy also regularly appears in events organised by local Members of Parliament as well as various government events including the ACT Multicultural Festival as well as major events held by various local councils including the City of Sydney, Cabramatta, Parramatta, Burwood, Auburn, Holroyd and others. Some of these events are attended by over 80,000 people. Sy was born in Hong Kong and migrated to Australia when he was six. Growing up in Sydney’s Hills District, Sy developed a keen interest in arts, speech and drama. During primary school, he received four years of training at one of Australia’s best drama schools, the Australian Youth Theatre. Before entering high school he was also awarded by the Australian Speech and Communications Association. His clients include: * Special Broadcasting Services (SBS) * Crown Casino * NSW Government * ACT Government * Easyway * Breadtop * and local councils including the City of Sydney, the City of Parramatta, Burwood, Fairfield, Holroyd and others. Book Sy for * Weddings * Corporate Parties & Events * Youth Speaking Engagements 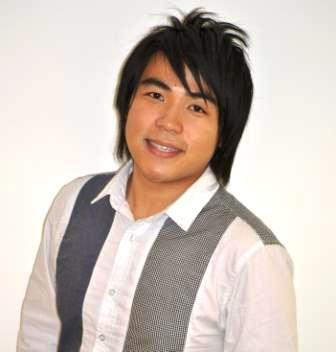