Amy Erbacher’s approachable, outgoing nature and mature outlook on life has helped her carve a successful modeling and media career.

Whilst the face and host of Fox 8’s weekly lifestyle show “About” Amy enjoyed interviewing young up and coming Australians making a name for themselves in their chosen fields. This took her travelling to England, France, Italy and to the glitz and glamour of LA.

Prior to working exclusively for Fox 8, Amy presented for Fox Sports, hosted the sports based show “Chilly Factor” and was a presenter on “Spin”, which was a youth lifestyle show.

Amy has earned a Certificate in Humanities and Social Sciences (Journalism) at UTS and her writing has appeared in publications such as The Sunday Telegraph “TVGuide”, Cleo magazine and the Sunday Telegraph “The Sunday Magazine” in which she interviewed celebrities in the “Can’t Live Without” section.

In between her commitments, her high media profile along with her sense of style has made her very popular in the public eye.

Amy has also worked with a number of charities such as Breast Cancer Awareness Week, the Starlight Foundation, the Shepherds Centre and the Children’s Variety Club.

Amy does and is available for corporate hosting engagements, television appearances, radio interviews and freelance writing on a range of topics including media, fashion and entertainment. 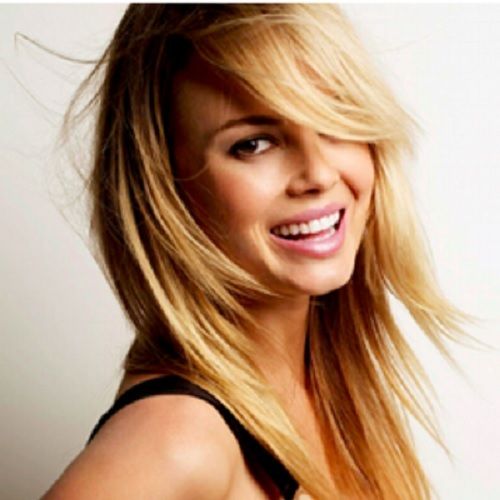