Steven Bradbury is one of the world’s most colourful Olympic champions.

Steven has an impressive career as an Olympic athlete that has been driven by determination, sacrifice and most importantly a will to succeed. With the same passion as Steven has shown on the ice, he has continued his success as a motivational speaker to corporate clients / schools / sporting clubs / charites.

His warm friendly nature, down to earth manner and use of humour is sure to help ‘break the ice’. The Bradbury story is one of the true Aussie battler who overcomes much adversity to achieve the ultimate goal.

• His father’s influence (instilling a work ethic and lessons learned)

• A 3 part DVD inc.: intro, blood spilt on the ice and reliving that Olympic final through his eyes.

• When your moment to shine presents itself, will you be in position, and prepared “to DO A BRADBURY”???

• As well as being entertained and inspired your audience will be left with a lasting impression that much of the prize is in the journey and that success takes PASSION, PERSISTENCE and TEAMWORK.

Some people have described Steven’s victory as lucky. Winning Olympic gold took a lot more than just luck. The same as in BUSINESS, STRATEGY and PLANNING were KEY INGREDIENTS in that success. Four Olympic campaigns and 12 years of hard training including an Olympic Bronze in 1994, 111 stitches in his leg and in the year 2000 a broken NECK are testimony to that hard work and persistence. 18 months after breaking it that same NECK was supporting an Olympic Gold Medal.

"Steven related very well to our audience as they were all young, recently graduated engineers who could identify with his journey, from the start through to his career success. They too are starting off on a journey which we hope will be a long career in engineering and Steven's motivational words relating to the outcomes and what you have to do to get there were extremely relevant. His AV presentation is great and his delivery well measured." - Event testimonial from Norman, Disney & Young Engineers

Steven was amazing - the best keynote speaker I have ever seen ( and I have seen a few!) I read his book on the weekend and couldn't put it down. What an amazing story - I am so glad he told it. (more below) Donna Rogers – National Marketing Manager – AMP Capital Shopping Centres

“Steven Bradbury’s attendance to our 41st annual conference was indeed the highlight of the three days. Steve captivated our delegates and left them with a clear message that if you worked hard and kept trying, anything is possible.” (note - this was steve's 1st ever keynote in 2002) Bob Scullin Retravision Australia P/L

“Steve was genuinely entertaining. He provided an extremely amusing, yet relevant piece in his summation that left the audience both on the edge of their seat and in throes of laughter. He fully deserved the thunderous applause.” IGA Australia

”Steven was really lovely and very nice to work with. He was professional and very keen to get involved in all of the activities during the day. The public loved him.” Joanne Williams Corporation of the City of Adelaide

“Steven Bradbury is a very likeable, a 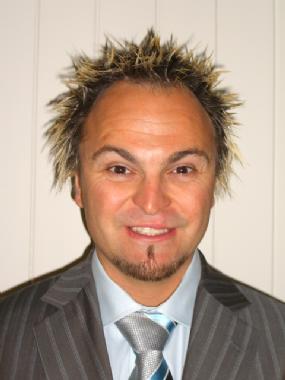