Request a Quote
Andi performed in stage productions for over 12 years as an actor/dancer for companies such as Warner Bros, Sesame Street and Walt Disney, when a new found passion evolved in announcing. A natural with the microphone, she presented and produced four years of Melbourne radio with MIX101.1 in weekend and weeknight shows.

Working live to camera as a roving reporter for Melbourne Storm for two seasons led to numerous voice over and on-screen TV commercial roles including Dunlop Foam.

A highly sought after Presenter, Andi recently scored the voice gig for FOX8's The Scene and Mode programs, which screened in over 20 countries.

Her career highlight as presenter on Channel 7’s MW (Melbourne Woman), brought enthusiastic energy to the Shopping For Love, Domain segments and some on site reporting at various Melbourne venues showcasing the hottest places to be!
With qualifications as a Chiropractic Assistant, Shiatsu massage therapist and Funk Dance teacher, her healthy lifestyle has many inspired and has written articles for National Magazines including Woman’s Day. She has been asked to speak at various National Chiropractic seminars, is a health educator and donates to the Australian Spinal Research Foundation. Her story so inspiring: New Woman Magazine wrote a 3 page article in Feb,05 on “I married the man that cured me”. It led many to the National website of the Chiropractic Association of Australia to find answers to their health challenges. With her husband Dr Warren Sipser; she is currently in the midst of writing/publishing a book on natural health, wellness and anti-ageing alternatives.
Andi’s most recent contribution as a presenter has her bursting on the screen as a Host on the Nine Network’s “Shopping For Love” where she plays cupid in Australia’s Hottest and Newest Dating Game. Sexy singles Australia wide have the chance to find their dream date all in the name of what Andi does best: shopping, having fun and hopefully finding L-U-R-V! It has attracted 938,000 viewers nationally in ratings on the 7th Episode of a 10 week season and has been described by the Herald Sun Newspaper as the “Sleeper Hit of the Summer”. 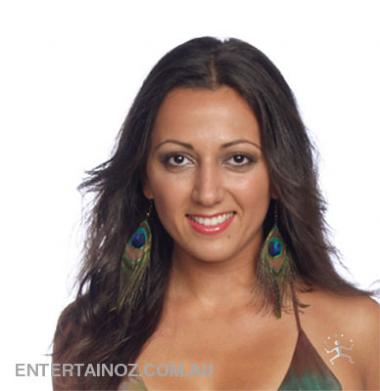