Kurek is considered to be one of the most in demand first class speakers and sought after success coaches in the world. He is recognised as one of the premier experts in personal and professional development, self-discovery and peak performance. For over 30 years, Fortune 500 companies and major corporations around the world, such as Apple, Seagate, Schwarzkopf, Westin Hotels, The Australian Royal Airforce and Carlton United Brewery, hire Kurek to teach them tactical success strategies that have produced awe-inspiring results. His list of private clients include; Hollywood film and TV stars, movie directors, producers and cinematographers, a quadruple platinum rock band, hit music composers, top business leaders, oil executives in Kuwait, Olympic Gold Medalists, professional athletes and sports teams, and the list goes on and on. Working in over 17 countries around the world, giving up to 100 presentations, workshops and seminars a year, and through hundreds of media appearances, Kurek has impacted the lives of millions of people around the world. Kurek is a #1 international best selling author of the book, “How would Love respond?” Within four hours of the book being released it took the number 1 spot on Amazon.com bestsellers list for Hot New Releases, and Movers and Shakers. It grabbed bestseller status in ten different categories and on the Barnes and Nobles best sellers lists as well. Over 40,000 copies have been sold! Meeting Kurek, whether it is in person, through his books or his programs, he ignites the desire in you to want to live your life to the fullest and he powerfully gives you the tools to do it. He has an uncanny ability to connect with every person in the room and every person in the audience walks away feeling as if Kurek was speaking directly to them. His passionate, raw honesty will take your breath away and his infinite ability to love will stir the depths of your soul and enable you to realize your greatness. 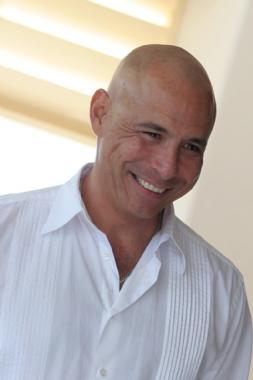