The brilliant Andrew Johns – the Hunter Valley lad who has gone on to captain the Newcastle Knights, NSW and Australia – is the only player to have been twice named the best rugby league player in the world.

In 1999 and 2002 the brilliant playmaker – the greatest points scorer in NRL history - was named winner of Rugby League World magazine’s prestigious Golden Boot award as the world’s No. 1 player based on a poll of Australian, British and New Zealand journalists.

The ranking simply reaffirmed the status Johns enjoys in the NRL competition. For five successive seasons John was voted the best player in the game in a Rugby League Week survey involving 100 players. No other player has been voted in No. 1 position as many times since polling commenced in 1986.

Still on the home front, Johns, in 2002, claimed a record third Dally M Player of the Year award – the first player to win this prestigious honour on three occasions.

According to Sterling, Andrew “Joey” Johns, 32, is the best halfback in the history of the game.

Says Stuart: “Joey is the complete package - the most complete footballer in my time. You could throw him into any era and he would adapt and still be regarded as special”.

Adds Raper: “He has toughness and skills to make it in any era. Andrew is a champion - a great footballer”.

And Edwards, a former Great Britain halfback, has even gone a step further: he rates Johns “the greatest player in rugby league history”.

Since making his debut for Australia in 1995, the durable Knights No. 7 has played halfback and hooker for Australia with great distinction. He captained Australia for the first time in October 2000 - in a World Cup warm-up match against New Zealand Residents.

It was Andrew ‘Joey’ Johns who produced the touch of magic in a memorable final few seconds of the 1997 ARL Grand Final to deliver the Optus Cup to Newcastle for the first time. And it was the gifted halfback who steered the Knights to NRL premiership honours in 2001 with a decisive victory over minor premiers and grand final favourites Parramatta. His performance in the 2001 decider won him the Clive Churchill Medal as the best player on the field.

In 2003, he was awarded a Centenary Medal by the Australian Government for his outstanding service to rugby league and as a role model for youth.

After playing for NSW Schoolboys in 1989 and NSW and Australian under 19s in 1993, Andrew Johns made a fairytale first grade debut in 1994. Against South Sydney at the Sydney Football Stadium, he showed signs of a golden future when he scored a premiership record 23 points on debut - two tries, seven goals and a field goal. During the 2001 season - against the Canberra Raiders at Newcastle’s Marathon Stadium - he established a new personal points scoring record in the NRL with a 34 points haul (four tries and nine goals). This eclipsed a record-setting display earlier in the 2001 season against the New Zealand Warriors of 29 points (three tries, eight goals and a field goal). In 199 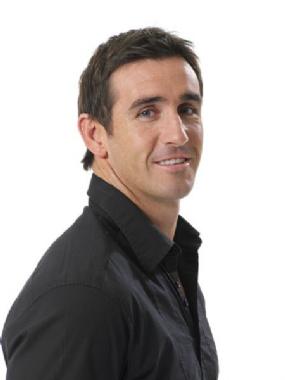