Request a Quote
The standard of excellence Shane Heal sets himself both on and off the court has seen him become one of the most provocative, flamboyant and charismatic figures in Australian sport.
In 1998 Shane won the NBL Rookie of the Year Award, and has since gone on to produce a series of impressive seasons, both in Australia and throughout the world, becoming one of the world’s premier guards, entertaining fans with his deadly long range shots, tremendous ambition, courage and his flat refusal to back down on any account.
Shane will be best remembered for going toe-to-toe with NBA legend Charles Barkley in a practice game between Australia and the USA Dream Team prior to the 1996 Atlanta Olympics. In Atlanta, Shane made international sporting headlines again by scoring 28 points against Gary Payton, Charles Barkley and the rest of the Dream Team that went on to win the Gold Medal.
Following the 1996 Atlanta Olympics, Shane had offers from six NBA franchises, and after nine seasons in the NBL became the first Australian to be signed directly out of the local competition by an NBA team, the Minnesota Timberwolves. Following his two-year stint with the Timberwolves he moved to Greece to play for Near East Athens before returning to Australia and the Sydney Kings for the 2000-01 season.
In 2003 Shane became the first captain in Sydney Kings history to lead the franchise to the NBL Championship, before announcing his retirement to full-time basketball. He was then coaxed out of retirement in March 2006 after being asked to captain Melbourne-based NBL franchise the South Dragons, who entered the league inthe 2006/07 season.
By October 2006, Shane was also appointed as the team’s coach, and on Boxing Day the Dragons claimed a memorable victory over their cross-town rivals, the Melbourne Tigers 107-94, in front of 9175 fans at Vodafone Arena. Unfortunately the Dragons went on to have a less-than-stellar run with Shane as coach and in February 2008 he stood aside. Whilst Shane admits he had hoped to produce better results from the team, he acknowledges that his time as the team’s coach was one of life’s valuable experiences, and hopes to coach again when his playing days are over.
Having represented Australia with distinction at four Olympic Games and at two World Championships, Shane’s pursuit of perfection and intensity to win has confirmed his place as one of Australia’s greatest sporting stars having excelled at all levels of his sport.

It is a remarkable feat that all of this has been achieved by a six foot player -making Heal identifiable to a wide demographic as people can identify with him as someone who is normal and not a 6’10”giant.
Shane is a versatile speaker able to deliver keynote addresses relating to leadership, communication, motivation, culture and team buildingwhich includes a drill that can involve up to 12 audience members.
Drawing fromhis experience as a professional athlete and businessman (he owns two Subway franchises), Shane’s presentations are delivered with a mix of stories and humorousanecdotes from his basketball career which includes representation at 4 Olympic Games and 3 World Championships.
Shane has delivered presentations to the following companies: 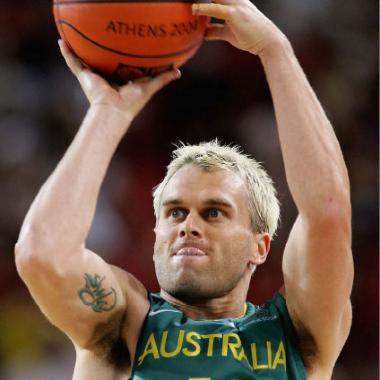