Clint Bizzell is best known for his prowess on the football field after spending 12 years as a professional AFL footballer for the Melbourne Demons and Geelong CATS! However since retirement in 2007, he has shown as much vigour and determination leading his production company Eve Media.

Eve Media is a Melbourne based production company that produces the popular International TV travel Series Places We Go, documentaries, TVC’s, and corporate videos working with some of Australia’s leading brands.

Places We Go is an International adventure travel series on Network Ten and ONE. In production of its sixth series, each episode takes viewers on a journey – not only to some of the most stunning places on the planet, but to meet some of the most incredible people – in turn capturing the hearts of its 5.2 million strong audience.

As a representative of the AFL and past player, Clint facilitates local football clubs around Victoria for the AFL’s Community program which covers Respect and Responsibility, Drugs in sport and Alcohol.

“Taking the tackle” is a thought provoking DVD targeting young Australian men on the Violence Against Women. Commissioned by the AFL and the State Government this DVD is being used as a resource tool in all football clubs across Australia.

The Documentary, which features Samantha Harris, Christine Anu, James Tobin and Clint Bizzell, is centred on One Laptop per child (OLPC) Australia’s XO deployments in Mornington Island and Bloomfield, both in Far North Queensland.

This inspiring hour of Television follows the journey of 35 of Australia’s leading business executives as they ride 1000 Kilometres from Canberra to Melbourne to raise money for seriously ill babies.

Clint continues to support the Melbourne F.C and is currently a member.

Clint and his partner Jennifer Adams live in Melbourne with their 6 year old daughter. 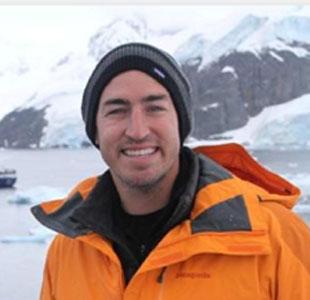