Darren retired from AFL Football halfway through the 2014 season due to his body not being able to back up week in, week out to compete at the highest level. Whilst mentally still wanting to be out there playing, his body was screaming at him to stop.

Darren will go down as one of West Coast’s greatest ever players and captains to lead the club, and will take many personal accolades with him including Best & Fairest awards and All Australian guernseys. However I am sure it will be the 2006 AFL Premiership Medallion that he will treasure the most as he was instrumental to the teams success. Regularly playing one on one against some of the modern games greatest forwards including Matthew Lloyd, Barry Hall, Nick Riewoldt, Jonathon Brown, and Brendan Fevola to name a few, Darren exemplified the courage and determination it took to beat the best.

After a successful era, especially across 2005 where the Eagles were narrowly beaten by the Sydney Swans in the Grand Final, and the 2006 Grand Final when the Eagles managed to reverse the result, the West Coast FC plunged itself into controversy and the culture of the club was questioned by many. The club then looked to Darren to take over the captaincy and re-focus the positive energy of the playing group toward pulling themselves out of a hole.

Darren took all this in his stride and oversaw and implemented many changes to the structure of management and team personnel over his 7 years in the role. He can leave his time in the game confidently knowing that he has left his club in terrific shape for the future.

In 2015 Darren will undertake an MBA at University Western Australia, and undertake a part time role with the Adelaide Football Club working with their leadership program.

Darren is based in Perth and is available for appearances, Q&A, and speaking engagements. 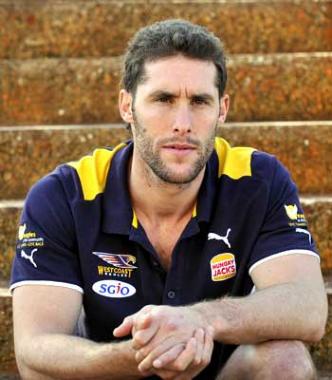