RICKY NIXON pioneered AFL Player Management in this country.  A Bendigo Boy that played AFL at 3 clubs Carlton, St.Kilda and Hawthorn.  Ahead of his time, he almost single-handedly revolutionised the way athletes in this country were represented and remunerated through his powerhouse flagship company Flying Start

BUT then it all came crashing down in the space of 24 hours. Where did it all go wrong? Now you can hear Ricky's side of the story, the truth that until now only family and close friends knew. You will be blown away when you do.

Ricky story is a candid, no holding back, black and white, lay it on the line story told like never before. Ricky takes you into the world of superstar deals, huge headlines, being found near death, twice, it's a personal tale about mental health, beating the odds and finding the new mountains to climb.    Most of all it’s a tale about family a dedicated wife and two kids anxious not to lose their dad.      When Ricky speaks you can hear a pin drop.   People relive their lives current and now and can relate to the mistakes they have made and the best way to respond.    It motivating it spine tingling it makes people change the way they live. 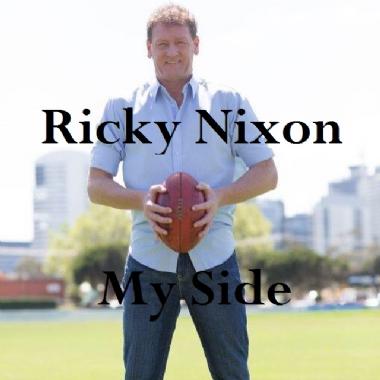