Michael-John Hurney is not your normal, everyday Civil Marriage Celebrant.

Over the past 27 years he has become one of the busiest and most skilled performers on the world stage appearing in professional musical productions of Hair, Oklahoma , Jesus Christ Superstar, The Pirates of Penzance, La Cage Aux Folles, Guys & Dolls, HMS Pinafore, and The Rocky Horror Show. He has sung with legendary stars such as John Farnham, Harry Nilsson, Jon English, Marcia Hines, Anthony Warlow and Human Nature.
He has also performed for Her Royal Highness Princess Anne, The King of Tonga, Prime Minister John Howard, former Prime Ministers Bob Hawke & Gough Whitlam, and former Governor General of Hong Kong Sir Chris Patton. Michael-John recently returned home from the UK after playing the role of Pontius Pilate in the London production of Jesus Christ Superstar. His very last corporate performance was for 'Posh & Becks' at their Beckingham Palace home in England.

Michael-John is now back home in Australia using his world class tenor voice to marry happy couples all around Australia as 'The Singing Celebrant'.

A truly unique Wedding Ceremony that features your choice of song (maximum of 2), performed at key moments during the ceremony by your Celebrant who just happens to be one of Australia's finest vocalists.

THE SINGING CELEBRANT IS AVAILABLE AUSTRALIA WIDE FOR YOUR SPECIAL DAY.

CREATING BEAUTIFUL MEMORIES BEYOND YOUR IMAGINATION. 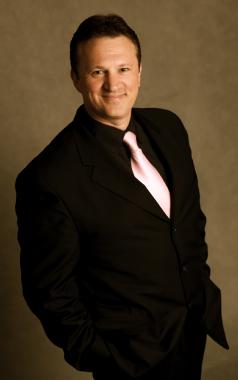