Stuart Christie is a multi-talented performer specializing in Aerial rope, acrobatics, character, comedy and musical performance. Stuart graduated from the National Institute of Circus Arts late 2004 with a Bachelor of Circus Arts and has since been with companies such as Kage Theatre for the World Expo 2005 in Japan for 7 months as a resident performer and recently with their new work Sundowner 2011. Other companies include Circus Oz2006 as a full time performer touring around Australia, New Zealand, Hawaii, and New York for two years,Strut’&’Fret Productions in Brisbane, Melbourne, Adelaide 08/09 and Perth 2011 as well as various productions with Circa N.I.C.A.

Stuart has also produced the cabaret night “A little bit of Shhh”and performed as a freelance artist in the Melbourne cabaret scene. October 2009 Stuart premiered his first independent full-length show with fellow performer Kane Pertersen in “Dos or Duo”and was highly commended best Circus show in both the Melbourne Fringe Festival 09, and Adelaide Fringe 2010.Recently Stuart joined Dislocatein a tour to South Korea in May 2011 to perform in their independent out-door show “3 Speed Crunch Box” 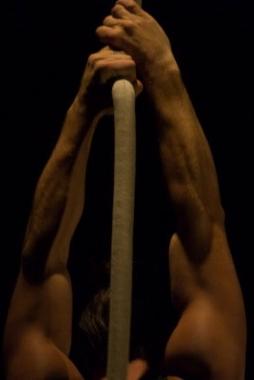