Request a Quote
Marty Fields is a one stop shop of entertainment. He's a versatile, widely experienced comedian and presenter - a valuable asset to any event.
His excellent work ethic, commitment to quality and service - combined with his high profile generated by extensive television work - make Marty a smart choice for your next corporate gathering. Marty Fields is one of Australia's most popular and versatile performers.


Most people know Marty as one of Australia’s favourite funny men, winning awards as the best corporate comedian in Australia and recognizable from his long runs on Hey Hey It’s Saturday and Blue Heelers, being able to alter his style and content to suit any audience.

But thanks to 5 years of hosting talkback on Melbourne’s 3AW, Marty has developed into one of our most polished MC’s. His ability to seamlessly move from comedy to straight presenting and back again while preserving the tone of the event and integrity of a client’s brief and is unusual and refreshing.

As another element, having hosted Channel 9’s Bid On TV as the anchor and auctioneer, Marty’s auctioneering skills are unique in being able to entertain the audience while getting the best results for your charity event.

His Comedy Corporate Trivia package is also becoming hugely popular. The questions are tailored to your event and combined both with comedy spots as well as a stand-alone music round where the questions are all based on songs and bands, with Marty playing the piano and singing the questions.

And as a musician, Marty can produce specialized songs, jingles and music for events and companies and individuals, as well as being able to add piano/vocal comedy to his standup performances, which can often add that special difference to an event.

Or perhaps you you’d like to finish your night off with songs sure to get your crowd up and dancing? No problem, Marty’s got that covered with a huge song list of current and classic songs and backings.

And finally there’s Pianomania, in which Marty is joined by the amazing Ken Murdoch, using two specially built “mock grand” pianos creating a comedy music fiasco you’ve got to see to believe.

So whatever your event requires, be it comedy, a polished Host/MC, music, trivia or an auctioneer with a difference, with forty years’ experience in the industry, Marty Fields truly is a one stop shop of entertainment.

Comedy
As a Comedian - Marty Fields is a rapid-fire power station of material and one of the genuine big guns on the Australian comedy circuit. He began his stand-up career in 1987, playing the comedy circuit in hotels and clubs all over the country.
Marty has a comedy radio show that is networked to over a 100 stations nationally. As the best selling author of three comedy books, Marty is recognized as Australia’s authority on one-liners for every possible topic. His corporate comedy performances have been praised for the past fifteen years by regular clients such as Toyota, Coca Cola, McDonalds, Ford, The AFL, BHP, Telstra, Shell, IBM, Beaurepaires, and Cadbury.
An accomplished pianist and songwriter, Marty has produced many specialized songs, jingles and music for events and companies and individuals, as well as being able to add piano/vocal comedy to his standup performances, which can often add that special difference to an event.
Recently nominated for a Mo Award as the best stand-up comedian in the country, in 2005 he was inducted into the Australian Comedy Hall Of Fame. Marty is also considered one of our great comedy exports, and has just returned from his third tour of the United States where he performed in Phoenix, Chicago, Las Vegas, L.A, Dallas, and headlined for a week at the New York Comedy Club in Manhattan. His attention to detail as well as his ability to tailor his act content to suit all types of audie.

The son of Aussie icons Maurie Fields and Val Jellay, Marty was introduced to the entertainment industry at an early age. He graduated from the esteemed Melba Conservatorium and performs regularly in his hometown of Melbourne. An award winning comedian and actor, Marty has appeared in numerous Australian movies and television programs. He performs 'stand up' throughout Australia's comedy venues and makes numerous corporate appearances.

Marty dedicates his spare time to the Animal Liberation movement and is the proud Patron of the following fundraising organisations:
The key to Marty Fields’ success is his versatility, having achieved popularity in comedy, acting and music. Musically, Marty trained for fifteen years at the Melba Conservatorium in piano, voice and theory. He became a professional at the age of 14, playing all over Australia and around the world as a piano bar performer. Marty also played in a number of successful rock bands and was a session vocalist for the ABC Network.

As an actor, Marty has appeared in most Australian TV dramas, featured and leading roles in numerous movies and has starred in successful stage musicals, High Society, Three Guys Naked From The Waist Down and Crazy For You, receiving Green Room Award nominations for each production as Best Actor in a Musical, and winning the Award for his performance in Crazy For You. During 2000, Marty played the role of “Nathan Detroit” in the sell out season of Guys and Dolls starring opposite Marina Prior. Marty returned to the stage in 2001, to play the hilarious "Moonface Martin" in Anything Goes at the State Theatre Melbourne.

Marty began his stand-up career in 1987, playing the comedy circuit in the hotels and clubs of Australia, which soon led to a four year run on Hey, Hey, It’s Saturday, resident comedian on the game show Blankety Blanks, and a regular role on Battle of the Sexes. He is a best selling author of three comedy books and has a regular national comedy radio show, taken by 105 stations. It is Marty’s ability to adapt to suit the taste of his audience that has allowed him to dominate both the corporate comedy scene as well as the more hard-edged pub circuit, resulting in him being nominated for a prestigious "MO" award as the best stand up comedian in Australia. He recently returned from the United States where he performed in Los Angeles, Vegas, and the New York Comedy Club.

As an M.C., Marty has taken the role to a new level in the corporate market. He combines his unique style of humour with a finely tuned sense of propriety and the occasion. Marty has hosted successful functions for most major corporations both in Australia, and overseas. He possesses impressive interview skills, and has chaired many lively Q & A sessions. 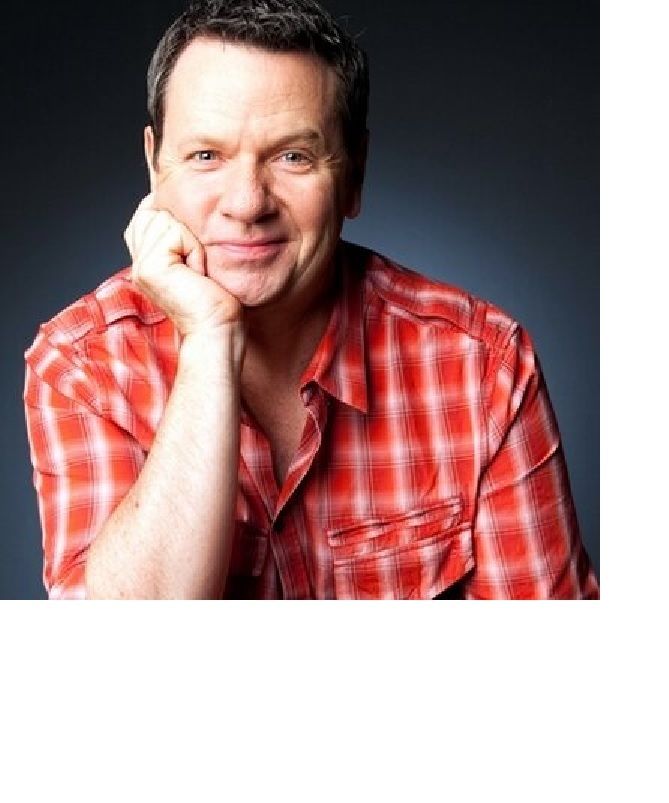