Isaac Lomman is one of Australia's most sought after Comedy Stage Hypnotists.
He is a unique entertainer who fuses the power of hypnosis with hilarious routines to create stars out of members of the audience. Providing a clean show for everyone to enjoy, Isaac creates this hilarity from volunteers that join him on stage to experience this powerful mental state of focus and imagination.

Volunteers Only!
No one is forced on stage or picked on during this experience. Isaac only works with volunteers and the first ones to take seats on stage become the stars of the show.

Highlighting the power of our minds through comedy is Isaac’s mission and you can see him plying his craft all around Australia and parts of the World. Entertaining audiences at Festivals, Fundraisers, Corporate Events or a local Theatre near you!

Warning: If you are looking for a show that degrades your audience, offends or truly humiliates them this is not the show for you.

Isaac ensures that everyone in the room has a fun time especially those on stage without resorting to overly embarrassing or crude humour. Becoming widely known for his work with Port Adelaide Football Club in 2014 in the viral video produced by PTV.

Isaac’s shows have become wildly successful through his appearances in festivals like Adelaide Fringe, Theatres around Australia and onboard International Cruise Ships.
His shows focus solely on entertainment and ensuring guests leave laughing harder than any other show and with a sense of awe over the power of the human mind. 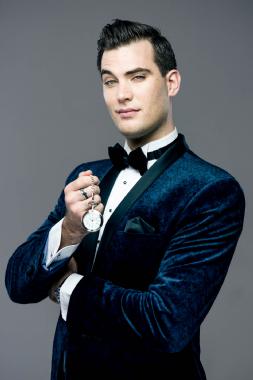