Get an ankle view of the world with the comic stylings of the Psycho Dwarf through his eyes and outrages emotions. This little spit fire has many opinions on the socialistic and political values through the findings of a 4 foot 4 man that travels the world on a weekly basis.  Listen to the chaos that Puppet EMBRACES and SHARES with NO HOLDS BAR to the fans, through his experiences with everyday life. So add some fresh spice to the local and national shows around the globe, where Puppet will open ears with his improvisational rants and sidesplitting beliefs. In other word’s you have to hear it, to believe it, then laugh with the Psycho Dwarf. Puppet the Psycho Dwarf’s  Short Fuse Live Comedy Show includes A Stand Up Comedy Act + JackAss Stunts  + Crowd Participation Games + A Party Host for the Evening. As seen on Spike Television / JackAss 3D/ OZ the Great & Powerful / & The American Horror Story. The show is opened with a 30 minute opening monologue: Stand-Up Comedy Act with Puppet The Psycho Dwarf (very raw and uncensored comedy), Midget Jackass Stunts, Midget Games with Crowd Participation, such as Drunk Midget Limbo,(How low can you really go?), even a Fun Midget Striptease,   and any other contest ideas that the venue wants Puppet to Host. This show again is perfect for Bars, Clubs. Private & Cooperate Parties. Huge Laughter, Small Stature Tour – 2017. 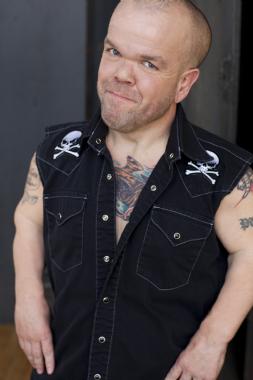